The Datum Is Clear 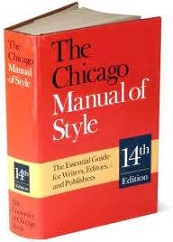 Back in June in this column, I ruminated about the decline of editing as a valued element of the book-publication process. That column anticipated by about 10 days the brouhaha that erupted at the New York Times when its management decided to eliminate a copy desk and spread its duties out among the remaining editors.

A scathing open letter from editors to Executive Director Dean Baquet and Managing Editor Joe Kahn was followed by a walkout on June 29th by what even the Times characterized as “hundreds” of newspaper staff.

(Lest we think that the term “copy desk” denotes one or two rumpled, ink-stained grammar curmudgeons, the desk under discussion consists of more than 100 editors, who are now forced to compete, gladiator-style, for about 50 editing positions.)

Social media loves to find and skewer the burgeoning examples of copyediting fails, such as the East Oregonian’s now-famous “Amphibious Pitcher” headline (even funnier that the word the headline writer was casting about for appears in the second sentence of the article), and the Kennebec Journal’s headline trumpeting, “Trump warns of ‘fire and furry.’”

The same day as the “furry” headline, I was heartened to see the Washington Post headline, “Data shows an unabated opioid crisis,” not because I’m happy about the crisis, but because I welcome the common acceptance of data as a collective, singular noun. I can’t count the number of times I’ve read articles whose authors and editors have the most tenuous grasp of proper usage but remain punctilious in treating data as plural.

I don’t have the Post style guide in front of me, but I’m guessing they’ve gone all in on data-as-singular, while both The Chicago Manual of Style and language god Steven Pinker (who describes himself as being in the “fussy minority” on this point) sigh wistfully in acknowledging the gradual shift from plural to singular.

Yes, of course data is the plural of datum, but can anyone define what a datum is, or cite the last time it was ever used meaningfully? (I wonder if Steven would shudder at my use of media as a collective, singular noun two paragraphs back.)

This is an instance where I’m all for the language shifting to what makes sense, not remaining frozen in etymological purity.

These gradual but somewhat predictable shifts are being replaced, courtesy of that pesky all-connectedness of social media — and, perhaps, a lack of editing — by sudden, surprising leaps. I’ve been watching one of these with personal fascination.

For many years, I have wondered about a word that, as far as I can tell, is missing from the English lexicon: one that means the worst, basest form of cynicism, the kind that uses naked manipulation to achieve a morally corrupt end. Given the number of times in modern history that such a phenomenon begged to be described, you’d think that our ever-elastic language would have evolved one.

I kept circling back to craven as having exactly the right sound and feel of the word I’ve been searching for, but, of course, craven — though its origins are cloudy — means cowardly, defeated, abjectly fearful.

A few years ago, however, I was pulled up short in reading an article in which the author used craven in exactly the way that I wanted to use it, even though there is no support for such usage. Sure, great minds think alike, but where was the editor saying, “Wrong word, buster!”?

Suddenly, though, the somewhat archaic word craven has begun popping up in mainstream usage all over the place, and it’s quite the education to watch its usage and implied meaning shift in real time.

Let’s take a walk through just a few instances over the last handful of weeks, ordered to illustrate a shift in meaning (all of these are from my go-to daily, the Washington Post, except where noted):

“Others on the GOP side have as well, but they are — how to put this delicately? — too cowardly in most instances to do anything about it. But McCain? Why should he now — of all times — suddenly stoop to their level, the level of craven politician?” — Jennifer Rubin, 25 July, “Why has McCain returned?”

“There was craven, cover-your-behind politics at work that had high costs and promoted anxiety worldwide.” — David Rothkopf, 9 August, Global Opinions, “A rogue state squares off against a rogue head of state.”

“The least respected of today’s leaders are, of course, politicians. The public largely views them as craven and cowardly, pandering to polls and focus groups.” — Fareed Zakaria, 17 August, “The mealy-mouthed cowardice of America’s elites after Charlottesville.”

“It was a day of craven ignorance and cynicism that moved the presidency of the United States away from global leadership into a narrow little niche of ideological, political self-preservation.’’ — John Kerry, quoted by Matt Viser in the Boston Globe, 2 June, “Kerry says Trump’s decision was ‘a day of craven ignorance’” (on the U.S. withdrawal from the Paris Accord).

“Such a cravenly cynical quote — with its tacit acknowledgment that a major change in social policy was announced with partisan advantage in mind — is both breathtaking and scandalous.” — James Hohmann, 27 July, the Daily 202, “Growing GOP backlash to transgender troop ban underscores Trump’s political miscalculation.”

“But because the Trump Organization and related companies haven’t seen fit to produce their own goods in the United States, that means either their products aren’t the best or Trump is engaged in a craven manipulation of his fans. Or both.” — Sarah Posner, 17 July, the Plum Line, “Trump’s ‘Made in America’ week is a hypocritical joke.”

It’s Posner’s use of craven in that last instance that nails the new definition (“cynicism manifest in naked manipulation to achieve a morally corrupt end” — J. Yacovissi), but it’s easy to sense the flavor that the word is taking on as it steeps in its new favorite-word status. Certainly, with politics squarely at the center of every one of these uses, the shift in meaning is not a big leap, since so much of politics appears to involve an abject fear of defeat that leads to all sorts of twisted manipulation.

What’s most fascinating to me is that we’ve all been drawn, somewhat independently, to the same word. Development of language is much like the development of case law: Once the first instance appears, subsequent ones point back to it as their definitive source.

I do wonder whether this particular shift has been made with the consent of, or due to the absence of, copyeditors. Will language change faster now that editing is less prevalent? Hmmm. Before we can say, we’ll need to collect another datum or two.