The Book I’m FINALLY Going to Read this Summer

We’ve all set — and ignored — reading goals before, but not anymore. This year, we swear we’ll get to… 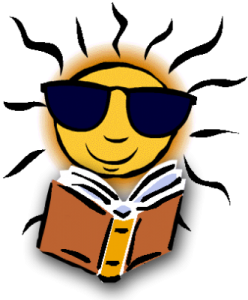 My Brilliant Friend by Elena Ferrante. “I’m determined to finally read this one since I completely missed out on the whole Neapolitan trilogy and author-identity kerfuffle. Why now? Spending lots of time this summer with my mother, and it’s in her apartment.” ~Jenny Yacovissi

This Is Happiness by Niall Williams. “An uncle of mine who knows we share a fondness for Ireland and its beer sent this to me a few months ago with a short note extolling its brilliance. I started the book and was in love with the writing and the story until I had to put it down to undertake other readings for reviews and publication. I will return to its pages this summer and have sworn off Guinness until I finish it. (I did not, however, swear off Smithwick’s in the interim.)” ~Drew Gallagher

Ragtime by E.L. Doctorow. “It’s the story of a wonderful assortment of historical figures who gather during 19th-century America.” ~David Bruce Smith

Inside U.S.A. by John Gunther. “Pouring plenteous praise on this 1947 book, a friend says he learnt more about the U.S. from his recent read than from any latter-day stuff. So far, my sampling here and there amongst the pages emboldens me to plunge in, undeterred by the bulk of the book (the paperback is thicker than two wooden roof beams). First, though, I need to finish Suzie Sheehy’s amazing, beautiful The Matter of Everything: How Curiosity, Physics and Improbable Experiments Changed the World. Don’t miss it.” ~Stephen Case

How to Live: Or a Life of Montaigne in One Question and Twenty Attempts at an Answer by Sarah Bakewell. “I have intended to read this since it came out 12 years ago. I have read a few short writings by Montaigne, and they seem wise and worthy. I should know more about him and what he thought. But…” ~David O. Stewart

Of Human Bondage by W. Somerset Maugham. “This summer, I finally got around to this exquisite novel of an artist’s failure to excel and his masochistic love affair with a woman who doesn’t deserve him. Maugham doesn’t spring to mind when we think of Paris in the 1920s, but this wry portrayal of the human struggle for passion and meaning in bohemian Paris is utterly heartbreaking and authentic. ‘There’s nothing so terrible as the pursuit of art by those who have no talent,’ but how do you know if you have what it takes when ‘it was clear that the will to achieve could not help you and confidence in yourself meant nothing’? I loved all 700 pages.” ~Amanda Holmes Duffy

À la Recherche du Temps Perdu by Marcel Proust. “Yes, for an insane moment, I debated reading it in French because I fancy myself plus ou moins conversant in that gorgeous language, and then I remembered the multiple volumes of In Search of Lost Time number in the thousands of pages.” ~Heidi Mastrogiovanni

The Chateau by William Maxwell. “I’m determined to read this novel because writing it gave [Maxwell] a lot of trouble. That’s weirdly encouraging as I deal with, well, trouble.” ~Ellen Prentiss Campbell

The City of God by Saint Augustine. “Yes, this is the 3rd-century Christian saint who struggled in voluminous writing with the notion of a just world. I want to find out if there ever was a City of God — or, put another way, is a just world possible at scale? Or is justice in practice such an individualistic notion that no society at any time could be called just in all ways and for all peoples?” ~Sunil Dasgupta

Crying in H Mart by Michelle Zauner. “I had been meaning to read this one, but it kept falling by the wayside. I just read [Zauner’s] New Yorker article on this topic and was so profoundly moved.” ~Chris Rutledge

Bleak House by Charles Dickens. “Not everyone in the world has tried and failed to read Bleak House, though it sometimes seems that way. The novel tingled Nabokov’s spine and made Harold Bloom cry; they are not the sort of fellows who would quit partway through. My paperback, obtained when I was a teen, has a cover price of 95 cents, so per page of prose (there are 927 of them), much more so Dickens’ prose, it was a bargain. The first hundred pages are brown, torn, and crumbling — as old, thin, overhandled paper tends to be — because page 100 is as far as I’ve ever gotten. Until now: This is my Bleak House summer!” ~Mark Gamin

The Narrows by Ann Petry. “This is a little like suborning perjury. Petry’s second novel has been on my TBR pile for decades. Same with Salman Rushdie’s Midnight’s Children and Randy Shilts’ And the Band Played On. I could say I’m determined to read any one of these or a dozen others this summer, but as Nick Carraway said, ‘I’m five years too old to lie to myself and call it honor.’ (Okay, I’m 35 years too old, but who’s counting?)” ~John P. Loonam

The Great Gatsby by F. Scott Fitzgerald. “I’ve perfected the art of nodding sagely as others (like John Loonam, above) discuss Fitzgerald’s masterpiece, even though I never made it past page two of the CliffsNotes version. This is the summer I finally read the thing — if only because pretending I’ve done so has gotten to be exhausting.” ~Holly Smith

A popular program brings bestselling authors and renowned poets to one of Maryland's largest cities.