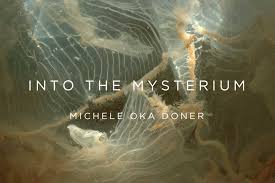 For nearly all of her 91 years, my mother loved the sea. If she were still alive, for Mother's Day this year I'd bring her the exquisite boxed accordion book of Michele Oka Doner’s mermaid-magical color photographs, Into the Mysterium.

Just the right size to examine with one hand, this unusual publication, whose pictures are treated to sumptuous coated stock, is a tribute by Miami-born artist Doner to the University of Miami's Marine Invertebrate Museum, at the Rosenstiel School of Marine and Atmospheric Science, and to its director, Nancy Voss.

Doner has lived and worked in Lower Manhattan for some 35 years; however, she often returns to Florida for inspiration and for projects. This past spring, her set and costume designs for the Miami City Ballet's new production of one of George Balanchine's masterpieces, “A Midsummer Night's Dream,” reminded the artist that, back in 2004, she had visited the Marine Invertebrate Museum during the process of installing her own fantastical work, “A Walk on the Beach,” at Miami International Airport.

At the museum, she was so enchanted with the preserved flora and fauna she saw — translucent jellyfish, matte-smooth sponges, brilliant solitary coral, all bathed in what looks like liquid gold — that she returned to photograph them extensively. She then had to put the pictures aside to attend to other commissions, only returning to her images in 2015, when the ballet company invited her to design Balanchine's evening-length version of Shakespeare's play.

(In a brief comment at the end of Into the Mysterium, Doner describes her internationally admired “A Walk on the Beach,” which pours forth its aqueous imagery under a traveler's very footsteps: “This work of art, consisting of thousands of bronzes embedded in a dark 'ocean' of terrazzo, is drawn from, and evokes, the same natural world as the specimens residing in the Miami Invertebrate Museum.”)

Recently, I stopped into Doner’s New York workspace to ask her a few questions. A vast, multi-leveled loft that was once a button factory, her studio is itself a work of art. It contains what is surely a unique library of rare books in several languages on nature, art, and anthropology, as well as thousands of natural objects (shells, stones, dried grasses) and manmade ones (amulets, sculpture, much of it pre-Classical), which she found on her worldwide travels and has arranged in scores of surgically precise configurations.

The artist in person is something of an art work herself: 5' 8" and slender as a Cycladic figurine, with a posture as straight as a trident and a piercing gaze. I admired her own constructions and drawings, interleaved among her findings, and she spoke of her purpose regarding her emphasis on the life of the oceanic depths: “To draw attention to something people can't see and don't know they're ruining,” she said. “To shine light on the meanings of things is part of the role of an artist.”

Mindy Aloff teaches dance history, film, and literary topics at Barnard College. She is the author of Hippo in a Tutu: Dancing in Disney Animation and editor of Leaps in the Dark: Art and the World by Agnes de Mille.