Sobering Nonfiction to Put the Pandemic in Perspective

Feeling overwhelmed? Let these real-life stories remind you of how much we can endure! 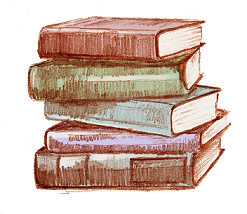 The Gulag Archipelago by Aleksandr Solzhenitsyn. “In case this pandemic thing has skewed your perspective, the good people of the United States also have another fight on their hands — to see totalitarianism for what it is, and then galvanize, like Solzhenitsyn, with righteous anger against governmental abuse of power.” ~Y.S. Fing

Lincoln’s Greatest Speech: The Second Inaugural by Ronald C. White Jr. “Lincoln’s Second Inaugural Address provided his conclusion on why God had allowed over 600,000 to die in the Civil War: as proper punishment for our having allowed slavery to be part of American society for as long as we did.” ~Talmage Boston

The Daily Stoic: 366 Meditations on Wisdom, Perseverance, and the Art of Living by Ryan Holiday. “Day-by-day lessons in how to take each challenge as it comes, and use them to grow. Try not to read it in one sitting and, instead, savor it.” ~Chris Rutledge

The Splendid and the Vile: A Saga of Churchill, Family, and Defiance During the Blitz by Erik Larson. “The stoic ‘Keep Calm and Carry On’ attitude helped the British survive the horrors of the Blitz, along with Winston Churchill's tenacious, inspiring leadership. We need both today more than ever, and Larson's new book is a timely reminder that this crisis will pass.” ~Dean Jobb

Hidden Tapestry: Jan Yoors, His Two Wives, and the War That Made Them One by Debra Dean. “Jan Yoors led an amazing 20th-century life, transforming himself from middle-class Flemish boy to Roma wanderer to courageous resistance fighter to world-renowned artist…and polygamist. This biography of a dramatic life during momentous times will make you grateful you didn't live back then, and hopeful for humanity's strength in dark times.” ~Carrie Callaghan

No Ordinary Time: Franklin & Eleanor Roosevelt: The Home Front in World War II by Doris Kearns Goodwin. “Granted, FDR and Eleanor (and Churchill, who, of course, figures prominently in this Pulitzer-Prize-winning history) had very different roles in their time of crisis than most of us do now, but if their courage and tireless dedication aren't inspiring, I don't know what is.” ~Heidi Mastrogiovanni

Such Splendid Prisons: Diplomatic Detainment in America During World War II by Harvey Solomon. “This is actually a rollicking read set just before and during WWII in Washington, DC, and the little-known story of how elite Axis diplomats were imprisoned in fancy East Coast resorts.” ~Caroline Bock

The Subtle Art of Not Giving a F*ck: A Counterintuitive Approach to Living a Good Life by Mark Manson. “Life is not going to be fair, and it's going to suck sometimes. Manson directs us to focus more on what matters and less on the distractions others will put in our way.” ~Chris Rutledge

All the Agents and Saints: Dispatches from the U.S. Borderlands by Stephanie Elizondo Griest. “In this book, the author/activist juxtaposes two different border communities with which she's had close contact: the South Texas/Mexico border, where she grew up, and the Mohawk/Canadian border, where she conducted extensive interviews while teaching in Upstate New York. Much has changed even since 2017, when it was published, but it's still a fantastic resource for understanding the complex history and underlying tensions of border areas.” ~Tara Campbell

The Endless Steppe: Growing Up in Siberia by Esther Hautzig. “This memoir chronicles the exile of Hautzig's family to Siberia during World War II. It will make social distancing on the couch with your dog seem like a day at the beach.” ~Mariko Hewer

How to Hide an Empire: A History of the Greater United States by Daniel Immerwahr. “This fascinating look at the expansion of the United States from its inception highlights some of our many atrocities with a very readable tone. It also shows the flow of information and goods that might look a lot like a certain virus spreading.” ~Josh Denslow

The Yellow House: A Memoir by Sarah M. Broom. “It is important to remember that in times of crisis, not all Americans are treated equally. Part family history, part disaster story, part memoir, Broom uses her mother’s ill-fated house in New Orleans East not only to tell her own story, but that of a black community.” ~Gretchen Lida

Tehran Children: A Holocaust Refugee Odyssey by Mikhal Dekel. “This is the story of the author’s father's family’s escape eastward after the Nazi occupation of Poland. This gripping tale makes me think of the saying, ‘Where there is life, there is hope,’ and so I read and write on!” ~Caroline Bock

The Boys in the Boat: Nine Americans and Their Epic Quest for Gold at the 1936 Berlin Olympics by Daniel James Brown. “This mythic story of working-class boys overcoming individual challenges with grit, grace, and perseverance in the service of team and America suggests that we, too, can overcome our current circumstances.” ~Russell J. MacMullan Jr.

Bloodlands: Europe Between Hitler and Stalin by Timothy Snyder. “If you think paying for Amazon home delivery and spending all day on Zoom meetings while fending off your 5-year-old is bad, try living in Poland back when Hitler and Stalin were duking it out.” ~Josh Trapani

Inferno: The World at War, 1939-1945 by Max Hastings. “Of course this sort of list will feature a bunch of WWII-related titles. But if you’re looking for an outstanding, comprehensive (yet highly readable) account of the entire global catastrophe — and of the unimaginable hardships endured by millions — it’s hard to do better than this one.” ~Holly Smith

A new survey of Great War novels finds that 91% of respondents have read either a few or many books set during this era.

7 Most Favorable Reviews in September 2021