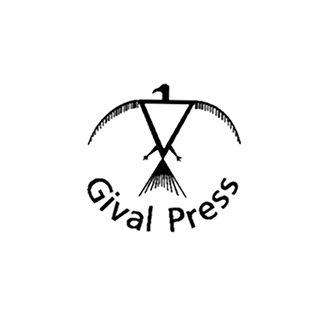 Robert Giron, editor-in-chief of Gival Press, first had the idea for starting an independent press after trying to sell a translation of Mexican writer Jesus Gardea's poetry.

"Now deceased, the late Gardea was a well-known fiction writer in Mexico, and he shared his only poetry collection with me around 1979," Giron says.

"I got his permission to translate it and tried to find a publisher for the work. For years, I tried but was not able to locate a publisher willing to publish the bilingual collection. In a nutshell, the impetus for creating Gival Press was to give voice to writers who were being overlooked by the existing publishers."

The path to starting Gival was certainly not a straight line, but it was finally realized in 1998 when the press was founded. Gardea's poetry collection wouldn't come out until 2002, but it was never forgotten. In fact, it provided the inspiration for one of the unique aspects of Gival — a commitment to publishing French and Spanish works both in translation and the original language.

Giron, who is fluent in French and Spanish, still sees a strong need for a home for such books, noting that while there are some other outlets for Spanish language literature in the U.S., there are far fewer for similar French titles. The name of the press itself shows a dedication to the three languages, since the invented word "Gival" (zhee-val) can be easily pronounced in English, Spanish, and French.

Although the press originally published only poetry, Giron, a former editor at the Potomac Review, added fiction a few years later to help broaden the audience. Currently, the breakdown of Gival's extensive catalog is about 60 percent poetry and 40 percent fiction, with the rare nonfiction book thrown in for good measure. Giron describes a Gival book as work that "has a message or philosophical bent but without being esoteric."

He adds, "Gival Press holds a secure place in the literary community in my opinion because we have gained the respect of established writers as well as emerging writers. We aim to provide quality work and our focus on literary works as opposed to commercial works for the sake of revenue helps us to stand out."

In addition to seeking books through regular submissions, Gival runs four contests throughout the year, including ones for novels, poetry collections, and short-story collections. The fourth contest, the Oscar Wilde Award, began in 2001 and focuses on LGBTQ literature.

"Contests have a place for authors because if the work wins it brings more attention," Gival explains. "Granted the number of contests has continued to grow and, as a result, submissions have begun to be affected, but they do serve a purpose to allow the best work to surface."

The most recent winners of the novel and poetry awards, Ghost Horse by Thomas H. McNeely and We Deserve the Gods We Ask For by Seth Brady Tucker, respectively, are both currently available from Gival.

"As an educator, I find that working with emerging authors also takes patience as I familiarize them with the ever-changing publishing industry," says Giron, who is also a professor at Montgomery College in Takoma Park, Maryland, where he teaches creative writing and English. "But certainly is this not a one-way learning experience because I also learn from others, as well."

The main reward for Giron continues to be helping deserving writers reach an audience through his acclaimed press.

"Seeing good works see the light in terms of publication is rewarding," Giron adds. "Also, to see many of the authors continue to enhance their writing careers is exciting, knowing that we had a part in launching their careers. But one of the biggest joys I get is informing authors that they have won one of our contests. Pardon the analogy, but I feel like Santa Claus when this time comes around."

12 Days of Short Stories for the Holidays

Put down the tinsel and settle back with a short story.

We love every piece we run. There are no winners or losers. But all kidding aside, here are October’s winners.