Show Us the Money

Isn’t it time BIPOC bookstagrammers were compensated for their work? 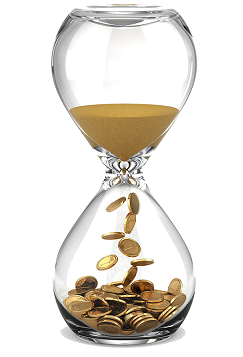 When I started @lupita.reads, an Instagram account dedicated to books, there was a lot I didn’t foresee. My intention was to find and build community with other readers, especially BIPOC readers, and I did just that. But unintentionally, it became a larger community than I ever expected; 38,535 (and counting) people currently follow along with anything I post related to my life and, of course, all things books.

What I also never envisioned was the ability I’d have to connect with authors to help promote their books, something that began with simply posting books’ images on Instagram in the hope I might get other readers to pick them up.

In the beginning, I didn’t acknowledge or recognize this as “influencing.” In fact, for a very long time, I would cringe whenever I’d attend literary events (back when those happened in person) around DC and people would refer to me as an influencer. In the social-media world, the term usually relates to the promotion and selling of products.

Though it was never my intention to turn my account into a book-selling machine, that’s what it has become. (Obviously, increasing sales was always the intent of the publishers who’ve been using the hashtag #bookstagram as a free promotional tool for years.)

What once felt like a friendly, even exchange between publisher and bookstagrammer — the publisher would send the bookstagrammer a no-strings-attached copy of a book in the hope of seeing its image shared widely — has turned into an unpaid business transaction.

Now, publishers often suggest to bookstagrammers like me which dates and times images should be posted. They urge us to post “cover reveals,” conduct Instagram Live author interviews, and host book giveaways. The asks from publishers — in exchange for nothing more than a free book — continue to get more specific and more numerous.

And that’s why I wasn’t surprised by the collective outrage felt by bookstagrammers, especially BIPOC ones, after they learned — via “How Crying On TikTok Sells Books” in the New York Times — that publishers are paying TikTok users for their book-promotion efforts.

As someone who has spent years on social media, it wasn’t necessarily the compensation for the promotion efforts that bothered me. It was the laser-like recognition that these TikTok users deserved it.

I know I’m linking “worth” with compensation, which might bother some readers. But the unfortunate truth is that we live in a capitalist society that measures worth in dollars and cents.

Take publishers’ emphasis on a book hitting the New York Times Bestseller list, for example, and the level of praise and opportunity that comes with it. It’s more than any debut author — let alone a BIPOC debut author or even a seasoned mid-lister — could ever hope for. That’s why when I (like so many other bookstagrammers) made it a personal mission to amplify and uplift BIPOC-authored books, I did so because I knew these books aren’t marketed in the same spotlight as white-authored books.

When BIPOC authors message me to share their struggles with the little (or non-existent) marketing and publicity budgets publishers give them for their books, it confirms what I already see every day as a consumer. When a New York Times article amplifies two white TikTok users who promote mainly white-authored books, it feels like a sort of erasure.

The hours I spend using my platform to host author events, sending publishers lists of bookstagrammers they should know, and even, in one case, privately forwarding readers the PDF of an upcoming release just to help the author build early buzz seem not to be worthy of compensation unless they result in tangible proof that I’ve personally pushed a book onto the bestseller list.

And I’m just one of countless BIPOC bookstagrammers continuously doing this kind of work — both publicly and behind the scenes — to give BIPOC-authored books the attention they deserve but so rarely get. I think that, like those TikTok users, we BIPOC bookstagrammers deserve compensation for our efforts and BIPOC authors deserve so much better from the publishing industry overall.

Actually, I don’t think it. I know it.

[Want to learn more about this issue? Consider attending the event below.] 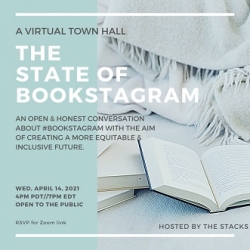 How an online community shifted the way I read.