Probing for the Empathy Bone

After a friend is murdered, the author glares at her novel-in-progress and thinks, “What’s the point?” 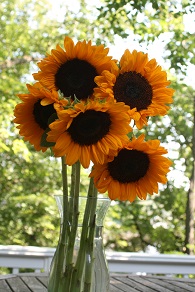 One of the questions famous authors are often asked is, “Why do you write?” I’m not a famous author, so no one has ever asked me that, but I’ve thought about it for myself. I write to think things through, to find a new perspective, to discover a way of seeing that I hadn’t considered before.

And though I write primarily for myself, I also want to share my writing in the hope of touching readers in a way that stays with them — that, in some tiny way, perhaps, changes them.

But can it? Will it? Lately, I’ve been thinking about this sort of thing far more than I’ve been writing.

If you follow this column at all, you may know that, in January, I labeled this my Year of Writing, and I anticipated relating a year’s worth of the ups and downs of drafting a novel.

My novel-in-progress is about another fraught era in American history, this one at the turn of the 20th century, told through the experiences of one family in Washington, DC. It highlights a series of historical events that, in my view, offers a chillingly on-point parallel to some of the havoc of our current times.

But I find myself in the classic writing low spot of wondering, “What’s the point?”

Instead of writing during these last six weeks since my friend, journalist John McNamara, was murdered in Annapolis, MD, I’ve been thinking a lot about empathy — or, for fans of Paul Bloom’s Against Empathy, an alternative that he calls “rational compassion.”

Certainly, as a writer, I feel that an enhanced sense of empathy is crucial to developing believable characters, or, in nonfiction, to representing other people in a humane, nuanced way.

On January 20, 2017 — perhaps you remember that day — I posted a blog entry, “Toward Compassion,” which was all about the relative value of empathy. As I said there, “I’m one of those people who believes that a lack of empathy leads us to parochial and isolationist views of the world, an us-against-them mentality that rarely leads to positive outcomes.”

But my recent meditation is whether people who seem to lack empathy can actually learn to feel it. Is there an empathy bone that some people have and others don’t? Or is it more like a muscle that just needs to be isolated and exercised to get into shape?

Is there anything I could ever write that would lead someone to begin to feel a sense of empathy, especially for a character — or a real person — who doesn’t look, act, and think exactly as they do?

Along with many others, I spent much of last month considering, for example, the contrast in empathy exhibited around two recent events that unfolded in parallel, one in a flooded cave in Thailand and the other at the U.S.-Mexico border. Much ink has been spilled in that comparison; was anyone swayed?

So I continue to wonder, particularly in our entrenched us-against-them political moment: Can an author’s words really change anything?

Writer Joyce Winslow, for one, is giving it a shot. She was, for two years, commentary editor for the nonpartisan, nonprofit Rand Corporation, and currently works with private clients, having helped 60 in the past two years achieve publication in top-tier papers.

Winslow teaches a popular class* at Politics and Prose in Washington, DC, called “Writing OP-EDs to Make a Political Difference,” in which she guides her students in understanding what it takes to write successful opinion pieces for local and national news outlets.

Much like classic debate prep, she urges her students to consider the opposing viewpoint, underpin their work with credible research, use tools of persuasion rather than passion, and dismantle opposing arguments without rancor.

Winslow teaches that true persuasion — the possibility of influencing or changing another’s position — demands fully understanding the opposing viewpoints and exercising a level of tolerance and respect that disarms a defensive reaction.

Speaking of disarming: I was thinking about empathy very specifically this Saturday, as I watched Marjory Stoneman Douglas parent Manuel Oliver create a beautiful mural in honor of his son Joaquin’s 18th birthday, while a small but vocal group shouted bullhorn-amplified slogans at him from across the barricades.

I wondered at the impulse of armed individuals to taunt, hector, and shout invective at a man whose son was murdered in a hail of gunfire at school just six months ago.

Is the empathy bone missing, or has the muscle simply atrophied?

At the time, I was wearing a picture of my murdered friend, John, pinned to my shirt and standing with his widow — that word alone delivers a fresh gut-punch each time — and the endless taunting felt like its own physical assault.

Maybe that was the point. Perhaps they weren’t out to change our minds, just to torture us a little more.

On our side of the barrier, the overarching message was simple and direct: Vote. That is the drumbeat sounded by both the March for Our Lives/Road to Change that sprang from the MSD massacre, and the March on the NRA that sprang from many others. It’s the same take-away I had when I wrote about the way to honor the victims of the Capital Gazette massacre. Participating in a protest is great for messaging, but voting is what makes the change.

There are many things that I will remember from Saturday’s march, but here are two: There were hundreds of sunflowers, as many as the organizers could find, because sunflowers were the last thing that “Guac” Oliver bought before he was murdered, to give to his girlfriend on Valentine’s Day.

And, though the MSD march veterans chanted “Don’t engage” for us newbies as the counter-demonstrators started to get under our skin, they themselves have made an art of engaging. As the rally wound down, several of the kids took bouquets of sunflowers to the other side of the barricades and began to speak quietly with some of the NRA participants, respectfully engaging them in conversation and attempting to find common ground.

I don’t know whether it will make a difference, but it is certainly worth the effort to try. And to keep trying.

I guess I have my answer.