Podcast: A Conversation with David Maraniss 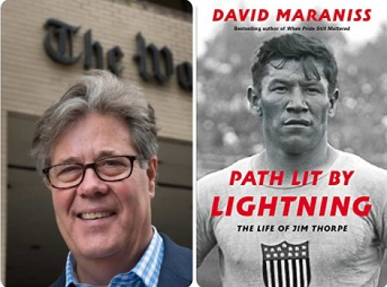 David Maraniss, a Pulitzer Prize-winning journalist, is also the author of 13 works of nonfiction, including When Pride Still Mattered: A Life of Vince Lombardi, Rome 1960: The Summer Olympics that Stirred the World, and Once in a Great City: A Detroit Story. His new book is Path Lit by Lightning: The Life of Jim Thorpe, which, says the Wall Street Journal, “[reveals] Thorpe as a man in full, whose life was characterized by both soaring triumph and grievous loss.”

Authors on Audio: A Conversation with David M. Rubenstein