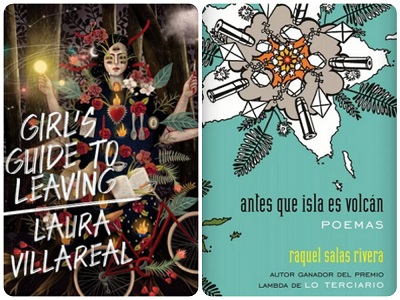 In April, the driest of winds kick up furiously in the high desert of Albuquerque, where I now spend much of the year. It’s a marked contrast from when I recently reunited with my wonderful DMV literary community. I left warm and sunny New Mexico for a cool, rainy Baltimore and DC — traditional spring weather for each region, but being in both places this month has highlighted how, even in just the past three years, the weather is becoming more extreme.

My DMV friends remarked with casual concern how every spring gets wetter; meanwhile, Albuquerque is caught in the teeth of the worst megadrought in 1,200 years, with fires already spreading through our precious and scarce river wetland, the Rio Grande River Valley Bosque. It’s clear we no longer have seasons as we did even a decade ago; climate change has already wrought its devastation, a destruction of how humanity has long experienced the world physically and psychologically.

What does this mean for the stories, gods, myths, songs, and empires we have constructed upon, and above, our natural world and its cycles? What do we do in a world with only three (heading toward two) seasons? The answer is to heal both ourselves and the land: to rewrite, rebuild, reimagine — which is exactly what poetry, at its core, does.

The collections in this month’s roundup embrace new mythologies for people who are forced into subjugation upon their (my) ancestral lands and seek to reclaim them conceptually. For the imagination is where revolution is first birthed.

Laura Villareal’s future shines bright if her debut full-length collection, Girl’s Guide to Leaving (University of Wisconsin Press), is anything to judge her by. Villareal’s poems are full of longing and letting go of one’s loves and expectations around relationships, family, and culture. She wraps the rich tapestry of her inherited Mexican folklore around each poem, reinventing the speaker, the story, and the land in the process.

The title poem, “Girl’s Guide to Leaving,” begins the book. In it, the speaker has rejected the traditional ties of familial and cultural belonging because those ties are denied to anyone who doesn’t prescribe to the patriarchal, colonial ways of life. She begins the poem with a warning, an omen that sets the speaker on a path away from what she is expected to be, which can relate to queerness, decolonization, or any needed escape from restrictive values or worldviews:

The poem’s salvo is the speaker’s reclamation, where she forges onward, away from the known. As Villareal writes, “in the beginning women sold their hearts/for freedom & were vilified in legends/you’re the first girl in your family/to never stop moving/your legend is that you write your own legend.”

Opening with this particular poem sets the overall theme, but it is also deceptive because it could signify either a beginning or an end. Villareal has intentionally created the tension of liminality for speaker, reader, and book. As you read further, many poems take you back to the speaker’s before, such as “Home Is Where the Closet Is,” which is, as its title proclaims, about resistance to any attempts to diminish the speaker because of her sexuality, race, or place:

“My identity knots around everyone else’s finger in Texas./I forgot I was brown/until Texas pointed to the border.”

In “Curas & Dichos,” cleverly written in the form of a prose-esque poem sectioned off like Bible passages or psalms, Villareal speaks to the traditional Latinx urge for the mother to claim the daughter in her image, a stifling cage for those of us who do not identify with cis-het standards. (Dichos are word-play proverbs or sayings, each unique to its Latin American country of origin but particularly found in Mexico.)

Girl’s Guide to Leaving closes with the poem “Before You Visited,” which is both a wistful look back and a release to trek forward: “I would have made the world/give itself up to you. I would have/welcomed you to never leave.”

Raquel Salas Rivera is a true revolutionary poet, a gift to our island of Borikén (Puerto Rico), and his newest offering, antes que isla es volcán / before island is volcano (Beacon Press), does not disappoint. Packaged as a two-sided collection, in Spanish on one side and then mirrored upside-down in English on the other, it’s a clever way to emphasize both the Spanish, Salas Rivera’s native language, and his powerful work as a translator (with, as he says, emphasis on trans).

This book contrasts with the powerful, furious lament of his previous collection, while they sleep (under the bed is another country), in which he deconstructs the U.S.’ abandonment and betrayal of Boricuas on the island after the decimation of Hurricane Maria. With antes que isla es volcán / before island is volcano, Salas Rivera has taken the planted seeds of rebellion and created a beautiful, mature ceiba tree of poetry ready to bear up the island on its expanding branches and show readers how to unleash their imaginations from the chains of colonization.

Presented in four parts, the book’s most thrilling and impactful sections are experimental in nature and redemptive in narrative. Using Shakespeare’s final play, The Tempest (which in some scholars’ interpretation was also a comment on early European colonization), and speaking from the perspective of the vilified island native, Caliban, Salas Rivera metaphorically sets fire to Prospero’s ships.

Each poem is two to four lines, except for “caliban to prospero,” which is two stanzas, seven lines, emphasizes Caliban’s voice over Prospero’s, and calls out the colonizer for his willful refusal to listen:

“you stole me from my home,
punished me for not calling you mister.
i learned your bad words,
cursed you in your language
so you would understand.

you never understood.
you told me my accent was too thick.”

Many in the Boricua diaspora have had the never-ending, limiting, and often infuriating conversation about whether Puerto Rico should vote for independence, and Salas Rivera pens a thorough refutation of the arguments against it with precision, passion, and even a bit of a tongue-in-cheek tone. The book’s third section comprises a self-contained series of poems all titled “the independence (of puerto rico)”; only its main passage bears a subtitle, “a multiverse!”

Narrating the speaker’s transformation and transcendence of self both in regard to gender and colonized status, this section’s first poem begins with, “i entered a round, tender, and final terror./it was all those i’d loved who’d left.” After listing everyone who let the speaker down, he casts the lens back at himself and the fear he let corrode his clarity and vision for true freedom: “it was in the terror i doubted the name puerto rico/and the word independent./they were two meteors that fell to earth.”

The next poem lists several arguments against independence, widening in scope, grandeur, and epic horror as it portrays both the terror of decolonizing and the logical fallacies surrounding the excuses for not decolonizing. (So many of the threatened impacts have already happened, after all.)

Salas Rivera’s final poem releases the fear referenced in the first and sings out the joy and strength of a people who will flourish if only we all come together to reclaim our island and write a new, better history:

“don’t fear what you already know.
we’ve spent a lifetime fearing ourselves
while getting robbed by strangers.
look at us, look closely.
don’t you see we are
beauty.”

The Exquisite Singularity of Louise Glück

The acclaimed poet was just awarded the 2020 Nobel Prize in Literature.