Twenty Poems That Could Save America and Other Essays, by Tony Hoagland. Graywolf. 219 pages.

Plus A Best Books List for the Month: Poetry, Translation, Criticism 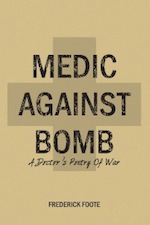 "Souls of bright metal” is a line from Frederick Foote’s book Medic Against Bomb. The line could well describe the book’s author, a Navy Doc aboard the hospital ship Comfort, who treated those wounded, both friend and enemy, in Iraq/Afghanistan – now with America’s wounded veterans at USM Walter Reed Hospital, Bethesda.

/Over the pitching seas,/I watch before the dawn/the helos crouching down,/the files of tense Marines./They’re going behind the lines,/moving from ship to land;/ Medicals overmanned: /this time I’m left behind…”

The poem ends, “… darkness beyond the bridge,/distant bolts of light –/They’re taking rounds tonight,/we’re  bringing the wounded in./Remembrance torn from above/murmurs a brace of names –/may I, in the hour of  flame,/reveal a similar love.”

These poems are slivers of our present-day civilization from the banished world of Iraq and Afghanistan, blinded and blasted. The poet is one— even during bloodshed— who can see, and look, and record with relevant language a world we do not know. He learns their tongue  In the poem “Nursing The Iraquis,”  “…One phrase — Salaam Alaykum — stilled every alarm:/it showed in the face, terror yanked like a mask — / No one who knew God’s name could mean them harm.”

The scenarios feature the nurse who sewed headscarves for the wounded Muslim women, the doctors who worked beyond the perimeter of hours, who raced with the clock, and sometimes won. These are strange events for the rigor of poetry which demands we say it right; and so Foote does, brought to the issues of the moment of furious action between life and death. Similar moments of language are equal to the task, for what Frederick Foote accomplishes is what all poets hope to accomplish. T.S. Eliot called it “Shoring fragments against ruin.”

There are some standout poems I’ll remember until I die, and yet every page is a story of the course taken to face the horrible, and bring God through it. Not only has Foote caught the story of our time, he’s caught the tone, in steely phraseology and invigorating imagery. These poems are written from the inside out, cavernous thought, brought out from the dark. Each is a compelling story against the background of political and historical knowledge – they are – each one – alive with immediacy, and so the poems are capable of seeing what the rest of us could not have seen. This is a contribution to the field of poetry and to humanity.

Listen to these fragments of poems:

From “The Hurt Fedayeen” (first stanza)

We shot him through the chest, and now we’re saving his life;

it seems absurd, but that’s what Americans do –

blow a place apart, then put it together again,

In the following poem where “The Brass” do not want to see what they see:

General, you writhe now from coming too near –

You’re only a fighter because you don’t fully see –

come live two weeks on our ward, with the harm we have here –

you will be mutinous then – and as pacifist as we.

End lines from stanza one, “The Prison Ward, “

“…nothing’s firm anymore — and as a rule,/ as all who own a voice can understand,/ when everything’s lost — you cry.

“Soldier” (first stanza) “There comes an hour that understands:/The limb that won’t ever reach the ground,/ The girl who’s gone to a different man — / Only the heart’s still young and proud…

Twenty Poems That Could Save America and other essays, by Tony Hoagland. Graywolf. 219 pages. 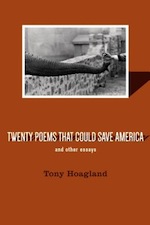 I’m taking Tony Hoagland to Italy with me. Not the real Tony (don’t I wish) but his book. I’m half way through and will sit with it under the drying sunflowers. I want this book as a companion because the essays are the most un-stale writings in many a year. As I’m always mindful to not hyperbolize—I did not say on earth. But pretty damn good. This book alone could unravel the standing arguments between “language” and “narrative poets.” Hoagland diffuses everything, explaining, without taking sides, making everything clear. And, that is just Chapter One.

These essays have appeared in literary journals and magazines, and I remember a few from The American Poetry Review. Nice to have them all under one roof. Look at this first title: “Je Suis Ein Americano: The Genius of American Diction.”  That says so much and the essay unpeels it like a magic onion.

Other titles that will draw you in, “ ‘I Do This, I Do That’: The Strange Legacy of New York School Poetics;” “Regard the Twists of the Bugle/ That Yield One clear Clarion; The Dean Young Effect;” “The Village Trouble Maker: Robert Bly and American Poetry;” of course, “Twenty Poems That Could Save America.” Spoiler alert: Reader, you are not among the 20, nor am I, but some other accurate choices are made, and don’t you just wish you knew. Ok, I’ll tell if you’ll get the book to see and understand why. Here’s the list of names that could awaken the language that triggers the thought that lies dormant in American culture:

Twenty Poems That Could Save America

“A Man and a Woman,” by Alan Feldman

“Bamboo and a Bird,” by Linda Gregg

“The Sick Child,” by Randall Jarrell

“Black People and White People Were Said,” by Kerry Johannsen

“Written in Pencil in the Sealed Railway Car,” by Dan Pagis

“The Ballad of Orange and Grape,” by Muriel Rukeyser

“Waiting for Icarus,” by Muriel Rukeyser

“Traveling through the Dark,” by William Stafford

“The Geraniums,” by Genevieve Taggard

“When I Heard the Learn’d Astronomer,” by Walt Whitman

Other BEST BOOKS OF THE MONTH 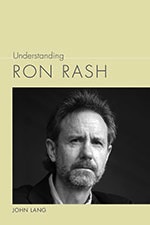 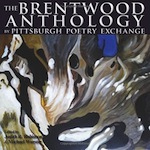 Best Critical Understanding of a Writer

Iphigenia Among The Taurians, by Euripides. Translated by Anne Carson. The University of Chicago Press. 69 pages. 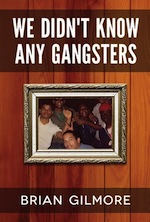 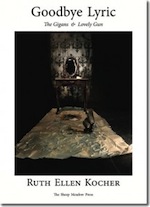 Grace Cavalieri is a writer. She produces/hosts “The Poet and the Poem from the Library of Congress” for public radio and is celebrating her 37th year on-air.

A monthly feature that looks at books of and about poetry: this month, a special edition for National Poetry Month.