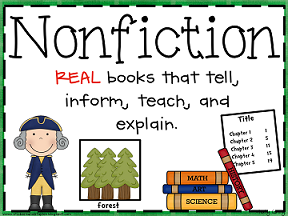 “Nonfiction: n., Prose writing other than fiction, such as history, biography, and reference works, esp. that which is concerned with the narrative depiction of factual events.”


The problem is not brand new. In 1800, Parson Weems (known to his parents as Mason Locke Weems) produced a smash bestseller about George Washington that featured a rich fund of fabricated tales. The one about our nation’s founder chopping down his father’s favorite cherry tree and then confessing his offense? Didn’t happen. The despairing General Washington on his knees in prayer in the snows of Valley Forge? Not that one, either.

But we live in a more scrupulous, more demanding age, one in which fact is fact and nonfiction works include only verifiable truth. Right?

Okay, maybe not in political speeches or social media. It hasn’t been so long since Clorox was a recommended antidote to the coronavirus, or the assault on the Capitol was dismissed as a tourist expedition.

But I’m talking here about literature, which should meet a higher standard. As a writer of history and historical fiction, I sorrow over the routine conflation of fact and fiction in works of nonfiction. I grow agitated when I hear the phrase “creative nonfiction.” Does that mean you can make stuff up? How is that nonfiction? The first definition of “non” in the Oxford English Dictionary is “prohibition.”

“Nonfiction” = not made up.

Sure, most human history is unknown or poorly documented, leaving writers to sift through shards of broken pottery and scribbled, often inaccurate impressions from people with serious axes to grind. One writer’s plausible interpretation of events or intentions is another’s Bridge Too Far.

Yet there must be limits. It is up to readers to enforce them.

The Present Crisis, Exhibit A: A forthcoming biography begins with a detailed description of a languorous meal in an elegant restaurant many decades ago. The writer describes flavors of the food, its smells, the tang of beverages, the facial expressions of four individuals at the table, their thoughts, their goals, and their conversational gambits. The dialogue is sprightly.

The problem? The author of this biography, which is being marketed as nonfiction, made it all up. To his slight credit, a disclaimer at the beginning of the work discloses that the scene is imagined, as are others in the book.

So, why not write a novel? I like historical fiction. I write it. In a forthcoming novel, I describe in detail a soiree in Halifax hosted by British General James Wolfe in the 1750s. It was great fun portraying the odd-looking, eccentric yet brilliant Wolfe. But it’s fiction and doesn’t pretend to be something else.

This crisis first crashed in on me as I was reading a Runaway Bestseller back when the century was young. That particular Runaway Bestseller has current sales statistics to die for. The putatively nonfiction account portrays the final minutes of a person who is lured into an airtight room, then suffocates.

The writing is vivid. The victim sweats, sobs, and feverishly imagines rescue scenarios while the diabolical killer, outside the room, idly considers saving the victim, or viewing the victim’s final agonies, or merely listening to the death throes through the gas pipe.

Only by scurrying back to the endnote in one-point type does the reader discover that no one knows how this victim died. Or when. Or where. Or at whose hand. Of the alternative scenarios, the endnote assures us, the version in the text best matches the presumed killer’s temperament. Let’s say we swallow that one (I don’t, of course, but we can pretend, like the Bestselling Author does). What else in the book is imagined?

Making stuff up in a nonfiction book doesn’t violate any statute or constitutional provision. It probably isn’t even causing climate degradation (maybe very indirectly). But it’s not okay.

If you suspect it’s happening before your eyes, put the book down and find another. There’s a world of great books out there that aren’t trying to trick you.

David O. Stewart’s most recent work of history, George Washington: the Political Rise of America’s Founding Father, was released last February. His next historical novel, The New Land, which is chock full of stuff he made up, will be released in November.

Are you an aspiring scribe in search of a little advice? Click the links below to learn about the craft from an array of authors!