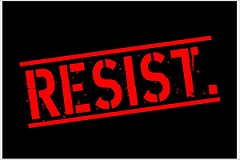 I used to love Woody Allen movies, none more than “Manhattan.” Allen’s depiction of New York, the stunning use of black and white, the wry humor on the verge of heartbreak…that movie genuinely changed my life.

I’d watch it often, particularly in my 20s, and show it to women I was dating. The movie never moved them the way it did me, and they often expressed dismay at its central relationship — Allen’s romantic involvement with Mariel Hemingway (he’s 42, she’s 17). But Allen and Hemingway’s relationship didn’t bother me.

Yes, I would argue, the age difference is strange, but that’s not the point.

Crime fiction ended 2018 on a run of social discord. The Mystery Writers of America awarded bestseller Linda Fairstein the coveted title of Grand Master. Shortly after, a number of writers (most notably, Attica Locke and Steph Cha) expressed alarm at this honor, given Fairstein’s professional involvement in the Central Park Five case. After several heated days, MWA withdrew the award.

In response, prominent industry figures Otto Penzler, Barbara Peters, Nelson DeMille, and others expressed their ire at MWA and vehemently pronounced their support for Fairstein. Some have cut their ties with MWA, and Penzler has refused to allow MWA to have future events at his store.

DeMille’s support of Fairstein, in particular, took aim at the “P.C. crowd” and contended that the concerns about MWA’s selection of Fairstein stemmed from a few “perpetually outraged members of the fringe.”

None of the women I dated really had that much interest in arguing about “Manhattan” with me. At least, they didn’t seem to. I was passionate about the movie, and that support extended to the filmmaker. Yes, I would argue, he married his daughter, but she wasn’t blood-related. So it’s different.

Those women would usually change the subject, and I’d let them. And, given their lack of interest in continuing the argument, I’d assume I’d won.

It took me years to realize I’d lost.

There is an exasperated sense that often accompanies those who oppose social advancement. It’s a sense that the current state of affairs is fine, and a belief that anyone who takes grievance at it is petty or sensitive. When that exasperation is coupled with a professional environment, it often bleeds into the sense that those complaining simply haven’t worked as hard or wanted it as much.

It’s a sense that those who complain believe success should be handed to them because of their sex or skin color.

This isn’t true, of course, but it feels true, and provides passion to an illogical argument.

I’m going to refrain from commenting on the motivations behind Fairstein’s supporters. There’s a complicated nuance in everything, and Fairstein is a bestselling author who has made hundreds of friends in the writing community. Some of her support likely stems from friendship and love, and has probably placed some writers on a side of a social debate they don’t necessarily believe in.

This debate, given its origin, is steeped in the racial culture of the United States. It would be irresponsible and unethical for me to assign racism as a motive to anyone involved in this argument, especially when I don’t believe that to be the case.

But I can speak for the “P.C. crowd” and its fringier elements. That’s exactly my jam.

I wasn’t really into basketball until my last year in college. I was working for a furniture store (answering phones, dusting, occasionally moving couches) and my boss — a jolly, chubby white man, like the Santa of leather furniture — loved the NBA. Customers were a rare occurrence, and we would spend a lot of time watching the Wizards.

Once, they were playing Seattle, and he and I were talking about Shawn Kemp, the Sonics’ powerful center.

“Probably why he doesn’t want to retire. He needs the money.”

I remember that I didn’t know what to say. Back then, racism was always such a surprise.

So I didn’t say anything.

I just changed the subject.

Audio surfaced this week of a recent Louis C.K. comedy set in which he attacked nonbinary people and the Parkland kids. It’s a disappointing performance for anyone who has ever been a fan of his work (especially considering how disappointed we already were). But it’s not only C.K.’s remarks that are so dispiriting; it’s the raucous laughter from the audience. Their full-throated enthusiasm and support.

One thing I’ve learned over the years is that bigots rarely see themselves as bigoted. Bigots think they’re honest, and believe everyone privately agrees with them, but is afraid to say so.

“Everyone,” Gabriel García Márquez wrote, “has three lives: a public life, a private life and a secret life.”

I often write in this space about James Baldwin, and one of my favorite quotes of his wasn’t in a book, but in an interview. A reporter asked him about America’s progress on racial issues, and cautioned him that such progress takes time.

“You always told me it takes time,” Baldwin seethed. “It’s taken my father’s time, my mother’s time. My uncle’s time. My brothers’ and my sisters’ time. My nieces’ and my nephews’ time. How much time do you want…for your progress?”

Diversity in writing is not a trend, but it is (I believe, and as I’ve written in this space before) the next literary movement. And, like all literary movements, it’s not inclusive. There are writers whose work doesn’t belong within it…but that’s not to say their work shouldn’t be written, or should be ignored.

These movements, when studied historically, reflect the changes in the country — how war and the early changes of industry influenced modernism, how disillusionment and rebellion against structure influenced post-modernism. The world’s increasing blend of race and culture, coupled with a loud, political concern to stop it, is the signature event of this time period…and the writing that reflects this upheaval will be studied. And thus, in turn, will last.

This is deeply unsettling to many, particularly white, male, straight authors who couldn't be bothered to address diversity distressed at the concept of seeing their work marginalized simply because of their sex and race (I know).

I loved the Women’s March of 2017. The ugliness of the 2016 campaign, the resulting anger in so many areas of the country, the fears and weariness of violence…all of this seemed to have led to that march.

What joy we felt that day. Such emotion in those crowds of marchers. Such communion. All of the anger and fear seemed to disappear and, for a moment, a path revealed itself.

We all knew that the joy was momentary. We knew there was work ahead, but we realized we weren’t alone.

We are still marching on that path, slowly, inexorably marching.

And we’re not stopping.

E.A. Aymar’s new novel, The Unrepentant, will be published by Down and Out Books in March of this year.