Nostalgia Is Not Enough

Hollywood needs to outgrow its love of comic books 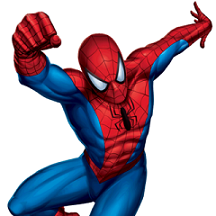 When I was growing up, I loved comic books. I had subscriptions to several. I counted the twice-weekly deliveries at the local drugstore to get a free comic or two. I had moving boxes full of comics that would probably be worth a fortune today had my mother not thrown them out after I was long gone from home. It is my firm belief that my love of comics led to a lifetime love of reading.

But, as St. Paul wisely counseled in his first letter to the Corinthians (not to be confused with the Amazons!), “When I became a man, I gave up childish ways.”

If only Hollywood would follow that advice and grow up.

The barrage of movies and sequels and sequels to sequels derived from comic-book superheroes has suffocated whatever life there was in this pulp fiction for children as directors succumb to the lure of computer-generated pyrotechnics over humor, humanity, and genuine derring-do.

I was a devoted fan of the Superman, Batman, Flash, Green Lantern, Wonder Woman, and the rest. (Cognoscenti of the genre will immediately recognize my one-sided devotion to the DC Comics universe over the Marvel stable of Spider-Man, Captain America, X-Men, Iron Man, et al.)

But most of recent movie versions leave me cold, not only because I’ve outgrown the childish fantasy worlds they portray, but because too often these leaden CGI renderings are perversions of a storytelling that was never meant to be taken seriously.

In this sense, the campy TV versions of the 1960s and 70s were truer to the originals than these new epics. Adam West’s “Batman” or Lynda Carter’s “Wonder Woman” — or for that matter, George Reeves in “The Adventures of Superman” from the 1950s — were more fun and more accessible than most of their big-screen successors.

George Reeves was anything but a great actor, and yet his laconic performance in the half-hour episodes of the TV series was more like the comic book than the big-screen charm of Christopher Reeve and more three-dimensional than the flat performance of Henry Cavill.

Whose idea was it to take Batman’s moniker of the “Dark Knight” seriously and turn his acrobatic crime-fighting into a succession of ever gloomier and more recondite films? Even Spidey, at least until the most recent version currently in the theaters, was not recognizable as the light-hearted, wisecracking naïf of the comic books.

This year’s “Wonder Woman” blockbuster is an improvement simply because there are (too few) flashes of wit sprinkled through the script. For all of Gal Gadot’s “charisma” in the action scenes, she is at her most charming when at her most human, as when she tells the vendor who serves her a first taste of ice cream, “You should be very proud.”

Unfortunately, it was the overwrought action scenes, and particularly the devastatingly dull finale pitting Diana against Ares, that dominated the film.

The success this summer of “Wonder Woman” and “Spider-Man: Homecoming” will only encourage Hollywood to produce more of the same. (Wonder Woman 2 is already scheduled for Dec. 13, 2019.)

Ultimately, though, these stories originally targeted at early adolescents are just not great material for storytelling that will engage adult audiences. But they aren’t even fun for summer escapism, and saddest of all, no salve for the lingering nostalgia for childish fantasies.

A love of language motivates a stickler for grammar.

Past (and Future) Perfect

The particular allure of historical and post-apocalyptic fiction.