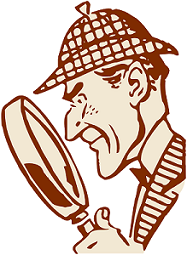 Confession: During this pandemic, I’ve been watching a lot of “Murder, She Wrote.” Obsessively, in fact.

Early on in the stay-at-home order, my husband and I discovered the show was streaming on Amazon Prime, and we took to watching an episode each night.

I got hooked! The charming settings, a reliably familiar cast of characters (and actors!), and the keen eye and reassuring calm of Jessica Fletcher herself.

Then Amazon pulled the show from streaming. I nearly cried. (Seriously.)

This is not an entirely new thing for us. We’ve always been fans of old detective shows. We worked our way through most of “Columbo” (also a boxed DVD set) and love all the classic British detective series. We also read tons of short stories and mystery series about private detectives, amateur sleuths, and everyone in between.

But lately, the desire to watch such shows — and to read such books — feels almost necessary.

It makes sense. In times of uncertainty — like, say, a global pandemic? — we want order and sense. We want puzzles to solve — ones that might trick us for a bit, sure, but that eventually will fall into place. “Murder, She Wrote” is the equivalent of comfort food — not necessarily good for you, a little cheesy, but really soothing.

As an author and amateur detective, Jessica Fletcher gets into some ridiculous situations. I mean, everywhere she travels, a dead body shows up. The police are generally incompetent fools, and more often than not, someone makes a snide comment about her books that she always addresses with a style and grace all authors should emulate. The plots are often silly; we watched one where she was appointed to the Senate temporarily, and another where she found herself in the middle of a riot at a woman’s prison.

But the one constant is that they’re super fun. And by the end of the show, everything’s okay. Justice is served. A sense of normalcy and order returns.

And isn’t that what we all want right now? My Facebook feed is full of friends’ photos of completed jigsaw puzzles or status updates about longing for what used to be. The news is dire. Life has been upended. Many of us are having to add to our already busy schedules by working full-time from home or risking our health to work outside the house, by homeschooling our kids, and by trying to stay in touch with friends and family at a distance.

It’s hard. It sucks in many ways. Of course we want to watch and read about normalcy.

If you don’t have access to the boxed set of “Murder, She Wrote,” there are plenty of comfort-food books that will get you through. Here are a few authors with great series full of quirky characters, colorful settings, and a sleuth who you can follow along and solve the crime with:

Donna Andrews — Meg Langslow Mystery Series. Every book in this beloved series has a bird pun in the title. Donna Andrews has a way with humor, getting her characters into all kinds of crazy situations and providing enough complications to keep the reader guessing until the end. I’ve got Terns of Endearment on my nightstand now (It’s set on a cruise ship! Remember when people went on cruise ships?), and I’m looking forward to diving back into that world soon.

Sherry Harris — The Sarah Winston Garage Sale Series. Sarah Winston helps people sell their old stuff — and gets caught up in a lot of craziness in the midst. Sell Low, Sweet Harriet is the newest book in the series, and you have seven others before that to familiarize yourself with Sarah’s troubles. Sherry Harris is also writing a new series now, about a woman who moves down to Florida to help her late friend’s grandmother run a saloon.

S.C. Perkins — Ancestry Detective Mystery Series. S.C. Perkins’ debut, Murder Once Removed, was one of my favorite reads this year. Her quirky heroine, Lucy Lancaster, solves mysteries using genealogy, and it’s fascinating to watch her work. Add in a sullen but charming love interest, some entertaining best friends, and a really cool cat, and you’ve got yourself a great read. I’m looking forward to the second in the series, Lineage Most Lethal, which will be released in July.

So if you feel like you need a calmer world (albeit one where murders still happen), try immersing yourself in a mystery. Bad things still happen, sure, but at least, in the end, you know everything will turn out okay.

Tara Laskowski’s novel, One Night Gone, won the 2019 Agatha Award for Best First Novel and was a finalist for the Lefty Award and the Mary Higgins Clark Award. She is also the author of two short-story collections, Modern Manners For Your Inner Demons and Bystanders.

Have Yourself a Literary Christmas

Why stories make the Yuletide gay...