Can you really hate the artist but love the work? 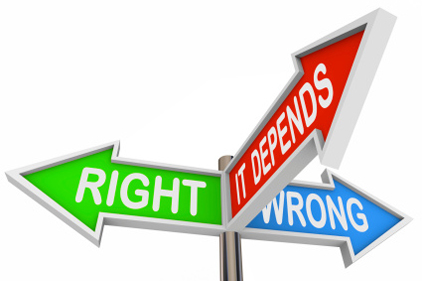 So I was talking with a friend the other day about Woody Allen movies and, turns out, she despises Woody Allen and every film he’s ever made. As for me, “Manhattan” is my favorite movie. I rank it even higher than “From Dusk Till Dawn,” so it’s obviously in pretty lofty company.

My friend loathes Allen because of the Soon-Yi marriage and Dylan Farrow’s allegations and, as these discussions typically go, my friend and I couldn’t find a meeting point and ended up talking about something less divisive, like Gaza.

Our Woody Allen debate essentially boiled down to whether you can support art if you despise its artist. It’s why Farrow’s letter, in which she accuses Allen of raping her when she was 7 years old, starts with the question: “What’s your favorite Woody Allen movie?”

No one knows who is credible in this case of sexual assault (Dylan’s brother, Moses Farrow, refutes her claim), although I generally lean to the side of the accuser. I’ve seen too many victims of sexual violence cruelly silenced to think differently.

So I was pondering this Woody Allen thing and a variety of compelling arguments when I came across this one. It stuck with me, so I decided to address some of its key points, and other arguments I’ve heard, in Q&A form:

I’m not going to support art if it’s done by an artist I hate. Why not? “Triumph of the Will” is taught in film classes as an effective use of propaganda, ideally with the hope that students don’t find the Nazi idealism of the movie inspirational. Is it wrong to hate a messenger, or the message, but admire how artistically and creatively that message is expressed?

But, come on…Woody Allen is a freaking rapist. Can’t we draw the line somewhere? Potentially a freaking rapist. That said, we’ve reached the sad point with Allen (as we did with Michael Jackson) that it won’t be surprising if these allegations are true. But even if they are, that doesn’t make his work any less brilliant. It does make him completely despicable, and he ought to be in jail, but art is separate from an artist. For a viewer, one has nothing to do with the other.

Art’s separate from an artist? Come on. Art is a window into an artist’s soul. I read that somewhere. Not true. Some literary theories claim to learn about artwork through a biographical examination of the artist, but that practice generally falls into amateur psychology and is fairly outdated. Even when writers discuss their own work, they often lie (Faulkner famously bullshitted). And, weirdly, artists aren’t always the most qualified to understand what they’ve created. Some of them will even admit that. Then again, they might be lying. Trust the art, not the artist. Even better, separate the two.

You say not to support an artist? Well, whenever you see a Woody Allen movie, you’re giving him money. And I’m not giving that man a dime. Technically, there are ways around this. You can watch the movie on HBO or Showtime, or wait until it’s on some site where your money isn’t going to him. It’s even easier with books. If you don’t want your money going to the Salinger estate, then buy a used copy of Catcher in the Rye from an online bookseller. A dime won’t go to the author. Trust me, as an author with books on Amazon, I know how that works.

This seems like a White Male thing, and you’re defending a patriarchal canonical approach. Well, I don’t know what the second half of that sentence means, but I wouldn’t say this is a white male thing. I wholeheartedly agree that society’s ugliness is generally the fault of men (a point I’ve made before), but you can add Virginia Woolf, Gertrude Stein, and Flannery O’Connor to the list of morally dubious artists who have created wonderful work.

Like I said before, I’m drawing the line with Allen. But that’s the problem, isn’t it? Where does that line end? Do we read Shakespeare when he’s often considered anti-Semitic? Do we listen to the Beatles, since we know about John Lennon’s women-beating past? Do we watch Bill Murray movies, given his charges of spousal abuse? If we have a list of artists to avoid because of their personal failings, or even their perceived personal failings, then that list should include T.S. Eliot, V.S. Naipaul, Dr. Seuss, Tolkien, Jack London, H.P. Lovecraft...

I could go on (trust me, I could go on), but maybe we can accept that art is sometimes produced by people with gigantic flaws, and that fact doesn’t lessen their work. Terrible people can make beautiful art and, if you’re the kind of person who finds beautiful art life-changing, then you shouldn’t rob yourself of that opportunity.

So you’re saying you could support an artist’s work even if that artist victimized someone you love? That’s the heart of this debate, right? It’s the “Gov. Dukakis” question we all have to answer. And there’s no easy answer. It’s simply not possible to be both human and utterly objective. I love the Beatles, but I’d love them a lot less if John Lennon had punched out my wife. I’d consider him a monster, and maybe he was one, but “In My Life” and “Imagine” and “Happy Xmas” aren’t monstrous.

Should we stop inviting Hollywood’s worst to the party?