Beyond The Book in Book Industry News 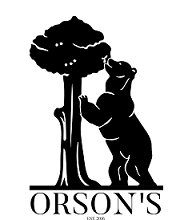 The motto of Orson’s Publishing is “gutsy fiction for gutsy readers.” Says founder and editor Garrett Dennert, it stems from his interest in supporting work that takes risks.

“What I don’t want is fiction that phones it in, that adheres to a formula or puts forward ‘types’ of characters,” he explains. “The work I look for at Orson’s Publishing is gutsy because it has to be in order to move something forward. It’s unafraid of confronting something, or someone, that’s difficult, and laying out for the reader a point of view they may have never considered.”

Dennert looks for books that do this in the substance of the work as much as in the form. He says that there is a tendency to look at descriptions like “risky” and “gutsy” and think it can only be accomplished by being overtly experimental.

“I think the tendency is to read that and assume that what I mean is that it takes risks in terms of form, that ‘the weirder the better’ is a sentiment that prevails. Not the case here.”

The interest in being both accessible and challenging carried over into Dennert’s thinking when he was naming the press.

“I came in wanting the press to be approachable above all else, as I’ve found the names of some presses out there to exude an air of elitism,” Dennert says.

“So, I knew I wanted a first name. But not just any first name. Something that struck the balance between distinct and easy, and something that could quickly be slipped into conversation. Almost as if it were [the name of] a bar or café. A meeting place of some sort that leaves pretentiousness at the door.”

“I think I just see them as curious and fierce, but also familiar and nearby,” he says. “I dove into the search for bear-related first names, eventually cutting the list to Orson and Ursula. The only reason why I went with Orson over Ursula was its brevity — two syllables vs. three.”

Familiar and fierce might be another good motto for Orson’s existing titles and upcoming 2020 list. Brooks Rexroat’s short-story collection Thrift Store Coats is an unflinching look at the lives of working-class characters left behind and struggling in a post-industrial Midwest.

By contrast, Mike Corrao’s Two Novels, which will be released in November, is a far less conventional work of prose poetry and stream-of-consciousness that weaves its way through subjects as diverse as Greek titans, private detectives, and Allen Ginsberg.

Part of Dennert’s interest in starting a press, and particularly in becoming a champion for books he believes in, was his own experience with the publishing industry. A few years ago, his own books (including one that is now on Orson’s list) were represented by a well-respected agent and being shopped to major publishers. Despite positive comments, however, no deals were made.

But what really stung Dennert was when his agent stopped pushing his projects and then, quite suddenly, with no warning to clients, left the industry altogether.

“I was pretty upset,” Dennert recalls. “I mean, two years with nothing to show for it, after starting with so much promise — it was a frustrating experience. How the emotions from that experience led to Orson’s Publishing wasn’t entirely in the realm of, ‘I’m going to make sure nobody else goes through that,’ but I guess that it kind of was.”

During college, Dennert had been in a writing program and learned about the publishing process. He’d always enjoyed the nuts and bolts of the industry, though what has been most gratifying for him from the Orson’s experience was forming the bonds between writers that come so naturally in such programs.

“The most rewarding thing about running a press, at least a press as intimate as Orson’s Publishing, is the fact that the relationships with authors extend beyond the project,” Dennert says.

“I’ve gladly been a professional reference for authors, and they, too, have been mine. I’ll send a check-in email every so often to see how things are going, professionally and personally, or even just to send along a link to a podcast episode they might enjoy, and they’ll do the same. It’s very rewarding, this little community we’re building.”

The author and finalists will be feted in Washington, DC, on Sat., May 5th.