The author of Race, Class, and Politics in the Cappuccino City comes to DC on Tues., May 2nd, at 7PM. 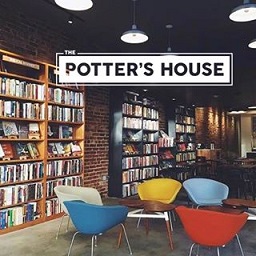 For longtime residents of Washington, DC’s Shaw/U Street, the neighborhood has become almost unrecognizable in recent years. Where the city’s most infamous open-air drug market once stood, a farmers’ market now sells grass-fed beef and homemade duck egg ravioli. On the corner where AM.PM carryout used to dish out soul food, a new establishment markets its $28 foie gras burger. Shaw is experiencing a dramatic transformation, from “ghetto” to “gilded ghetto,” where white newcomers are rehabbing homes, developing dog parks, and paving the way for a third wave coffee shop on nearly every block.

Race, Class, and Politics in the Cappuccino City is an in-depth ethnography of this gilded ghetto. Derek S. Hyra captures here a quickly gentrifying space in which long-time black residents are joined, and variously displaced, by an influx of young, white, relatively wealthy, and/or gay professionals who, in part as a result of global economic forces and the recent development of central business districts, have returned to the cities earlier generations fled decades ago. As a result, America is witnessing the emergence of what Hyra calls “cappuccino cities.” A cappuccino has essentially the same ingredients as a cup of coffee with milk, but is considered upscale, and is double the price. In Hyra’s cappuccino city, the black inner-city neighborhood undergoes enormous transformations and becomes racially “lighter” and more expensive by the year. Join the author as he discusses his latest work.