There's no such thing as "too quirky" for this small publisher. 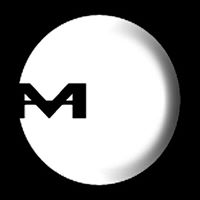 Virginia-based Civil Coping Mechanisms operates under a deceptively simple motto: We are coping. But don’t be fooled by what sounds like a vaguely defeatist tone. Coping is actually a rallying cry for this fiercely independent press that seeks to provide a voice for “bold, daring, and anomalous” literature outside the mainstream.

“The press aesthetic is deeply imbedded into the press name; I’m talking writing that doesn’t get cut down to accommodate some lowest common denominator,” says CCM Publisher-in-Chief Michael Seidlinger.

“I’m talking authors that write about the alarmingness of the human condition unabashedly, and often to a level that compels the reader to take notice. This is writing that is right in the thick of it, calling out, exclaiming: We’re coping. And in shouting the words, they continue to speak, inspire, and enlighten.”

CCM put out its first publications in 2011 and currently has a total of 35 books listed in its catalogue, an impressive showing for only a four-year span. Seidlinger was one of CCM’s original authors, moving on to work on design for the press before taking the reins in 2013 from founder Gabe Cardona.

With 14 books already slated for 2015, Seidlinger shows no signs of slowing CCM’s steady flow of new work. Seidlinger says he puts in 12-hour days and doesn’t sleep much, but it is all worth it to get books out there that might not find a home elsewhere.

“I think CCM is hoping to fill its own niche, one that has problems with labels and assumptions and is really damn tired of reading the same kind of thing over and over again,” he says. “I see it as catering to the tastes of the reader looking for gutsy prose, highly emotional poetry, and really just work that contains surprises on every page.”

CCM books are hard to categorize, though all are compelling and stylistically unique. Recent releases include Matt Meets Vik, a novella by Timothy Willis Sanders about a doomed love triangle between a man, a woman, and heroin; Paper Champion, an existential picture book for adults — rife with basketball and professional wrestling metaphors about surviving forces beyond our control — by Shane Jones; and My Apologies Accepted by Bunny Rogers, a book of poetry that reads like the text messages of a young woman in the midst of a nervous breakdown.

While CCM does solicit work, it is also open to unsolicited submissions. In particular, Seidlinger encourages writers to submit to CCM’s week-long Mainline contests, run three times a year as a sort of literary reality show. CCM reviews all manuscripts received over the week — there were 540 for the first Mainline edition — and posts the top five each day on social media. At the end of the week, CCM picks winners to publish.

But one of the most satisfying parts of running CCM for Seidlinger, besides consistently releasing quality work, is hearing from the readers that support his writers.

“I used to think that the only people that would reach out are the people looking to be published, but I’ve found that eight times out of 10, the people reaching out are doing so to relay their feelings about the work they read,” he says.

“Often people want to give back, take part in something, essentially be there for the press. It’s that community aspect, the fact that you are getting that chance to inspire people through the work published. It’s a great feeling.”

Perfect presents for the bookworms on your gift list.

3 Things to Know about the Black Authors & Readers Rock Weekend

What do you need to know about the Black Authors & Readers Rock writers conference coming up in mid-October? Glad you asked!