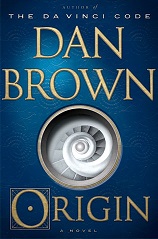 At the risk of sounding like a whiny wannabe, I want to talk about how Dan Brown is my — much smarter and more successful — alter ego.

The phenomenally successful thriller writer (talking about Brown, now) had his breakthrough bestseller with The Da Vinci Code in 2003. Thing is, I had read the same book that provides the basic plot line — Holy Blood, Holy Grail by Michael Baigent, Richard Leigh, and Henry Lincoln — that Jesus had married Mary Magdalene and fostered a royal dynasty. The sangraal of legend has been wrongly interpreted as Holy Grail (san graal) but referred in fact to Royal Blood (sang raal).

Wow, I thought, no doubt like millions of others who read this book: That’s interesting. Never occurred to me to steal the idea and turn it into a thriller. (By the way, Brown and his publisher won in court when Baigent and Leigh sued him for plagiarism, in a mystifying decision from a British judge.) Brown was much smarter and turned it into one of the most successful books of all time, with more than 80 million copies sold.

We all then discovered that Brown had written three earlier books, including the Vatican thriller Angels & Demons. This 2000 novel introduces Robert Langdon, the “symbologist” who is the hero in The Da Vinci Code and subsequent thrillers. Like Da Vinci, it was made into a movie starring Tom Hanks as Langdon. This debut has Langdon chasing through the streets of Rome, following clues pointing to various churches, in an effort to rescue the cardinals considered top candidates to replace the late pope.

Needless to say, I had started not one, but two Vatican thrillers, both of which were sitting unfinished in my drawer when I caught up with Angels & Demons. Unlike Brown, it never occurred to me to turn these thrillers into 24-hour treasure hunts with ambigrams and other occult puzzles.

But I was going to be a step ahead of him the next time. I’d accumulated shelves full of books on the Templars and was developing a plot along the lines that their famous lost treasure was shipped to the New World and eventually ended up in the United States in control of Freemasons who founded and secretly ruled the new republic.

Sound familiar? It should. Before I could get a word on paper, there was a notice that Brown’s next book would cover remarkably similar terrain. The Lost Symbol came out a few years later in 2009, preceded in 2004 by the Nicolas Cage film “National Treasure,” which also covered remarkably similar territory. I had long since given up.

Inferno, next in the Langdon series in 2013, I will concede, is all Dan Brown. Using clues from Dante’s classic, this book chases Langdon around Florence, accompanied as always by yet another attractive, intelligent young woman that he shows no interest in. Maybe because I had no parallel project, I got only halfway through the book and found the movie unwatchable.

Not so with Brown’s latest, Origin. In a bit of a departure, Brown’s puzzles are more in the future than in the past. His mad scientist character, Edmond Kirsch, seems a lot like Tesla’s Elon Musk. Langdon this time has to solve the riddle of Kirsch’s password to launch the scientist’s manifesto of a future world where man and machine mesh together with patently superhuman attributes.

I’ll admit, I haven’t developed a project based on artificial intelligence or robots. But implicit in Brown’s new novel, which I read in a matter of days, is the development of a supra-consciousness in lieu of a personal god. Brown has explicitly discussed this in interviews around the release of the book.

Now collective consciousness is an idea I have toyed with, going back to papers I wrote for philosophy class on Alfred North Whitehead’s philosophy of God. For the mathematician-philosopher, God is the name we give to collective consciousness in the process of becoming, which will be complete only at the end of time. Teilhard de Chardin guardedly developed some of the same notions with his teleological Omega Point. Always thought that could make for a good science fiction novel. But once again, Brown has beat me to it.

I don’t begrudge Brown his tens of millions of earnings on his books and films. There’s obviously something of genius about the way he is able to tap into readers’ imagination. Maybe next time I’ll beat him to the punch.

Darrell Delamaide has published two thrillers, Gold and The Grand Mirage. Neither made it to the New York Times bestseller list, and he is still a working journalist.