Now it’s time for the rest of the story… 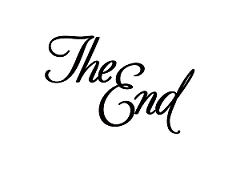 Have you ever wondered what protagonists do once you read the last page and close their books? We’ve interviewed five famous heroines to find out how they’ve managed life after “The End.”

Offred (The Handmaid's Tale)
After I emerged from the Underground Femaleroad into Canada, the time was mine, my own time, to do with as I wanted. I was alone, a lone woman. I’d escaped, un-caped, un-red — no more habit for me. Habits are hard to break, but I was flying away from Gilead without my wings. I recorded my story on old cassette tapes while I traveled; words, words, words, falling from my lips like Scrabble tiles from my fingers. I’d missed them — both the words and the tiles. I settled in Nunavit and wrote a series of Scrabble strategy books. A word of advice for those who have not yet escaped: Let the General win often enough to make him think you only have Eyes for him.

Jane Eyre (Jane Eyre)
Reader, I married him. Then I divorced the selfish, emotionally manipulative rake. I could never quite get over the whole trust issue, I mean, what with his having hidden the existence of his WIFE IN THE ATTIC — hello! He said he’d never lock me away, but I simply could not escape the sense that, were I to remain, I, too, would burn to a crisp under suspicious circumstances. Thus, still in love but ultimately fearful for my safety, I bid a tearful yet resolute adieu and struck off for London. The change was quite invigorating, and the impudence of my youth flared back to life in no time. My head is once again quite clear, and I am now ashamed at how many times I fell for his little games: pretending to ignore me, claiming he would marry another woman, and — imagine it, reader — a grown man disguising himself as an old gypsy woman, conducting a charade of reading palms in an effort to extract a confession of love from a young girl? The creep-o-meter absolutely shrieks. I’ll have no more of it, and I can’t abide the idea that other young women should have to suffer similar fools to get by in the world. Poor Helen Burns would be quite ashamed to hear that I’ve become a suffragette. I’m not just going to sit around making puddings and knitting stockings — I’m going to change things! Helen would be appalled at my temerity, but I daresay Miss Temple would approve.

Edna (The Awakening)
The sensuous water enfolded me in its soft, close embrace. It was seductive, but when a crab pinched my toe, I awakened from my malaise. What a fool I’d almost been! With a great effort I forced my enfeebled body back to shore and stepped out onto the sand, like a new animal. Emboldened, I marched right to the Lebruns’ cottages and announced that I would be the first lifeguard on Grand Isle. They laughed, of course — well, first they told me to put some clothes on, and then they laughed. But I did it. I passed all of the tests and told Léonce I was no longer his to own, and now I fish young children out of the water all summer. If they’re good, I don’t throw them back. I’m just joking, of course. As Adèle says, we must think of the children.

Orlando (Orlando)
I don’t know what the hell I was thinking. The goose? Moon-spiders and pearls? Really, whatever Shelmerdine was peddling — I guess I just wasn’t ready for opium. I mean, we were soulmates and all, and I thought I could trust him, but after I sobered up and read what I’d written, I knew I had to get help. I guess I seriously thought I was some kind of nobleman with a massive estate or something back in the 16th century? And that I went ice-skating with a duplicitous Russian princess who broke my heart, then fell in love with a hare-faced duchess — who turned out to be a duke? And then, at some point, I turned into a woman — but I guess that was after I was a Turkish ambassador or whatever. I don’t know, I just had to get out of there. I’m in New York now. Anyone can start over in America, right? And now I’m clean and happy and gainfully employed: Ironically, I’m a literary critic, despite everything I wrote about that little troll Nick Greene.

Merricat (We Have Always Lived in the Castle)
My name is Mary Katherine Blackwood, but everyone calls me Merricat. My sister Connie and I are so happy. Jonas is happy too, mostly; I can tell from the way he holds his whiskers. I didn’t think we would be happy in this new city, but Connie said we couldn’t keep living in the old house, even though I had protected it with six green marbles (since the blue ones hadn’t worked), and I’d nailed a new book to the tree and was checking the fence twice a week, instead of just Wednesday mornings. And I’d dug up the doll by the creek and buried her somewhere safer, for more protection. And Jonas and I kept all the spiders away from Connie, but somehow that still wasn’t enough. She made us move away from the village to a new city, where she became a real estate agent, even though I wasn’t sure how much she knew about selling houses, since we’d always only lived in the castle. But she likes her job, and we’re happy now — although sometimes Jonas tells me things. I don’t want to believe him, but I have to admit, I saw Connie with that young man, too, and I didn’t like it either. But I hope Jonas is wrong, I really do, because I don’t want to have to fix things again. Not again. Because right now, we really are so happy.

Get your nerd on at these fun, funky gatherings.