(But not between you and me…) 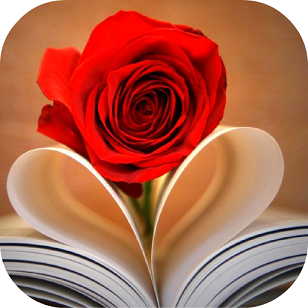 Here’s the request I sent out:

I'm writing something for the Independent for Valentine's Day, and I want to know your favorite passages about sex. I'm not necessarily talking erotica (although feel free to draw from any genre or form, poetry or prose), but I want something more than “romantic.” Less Air Supply's “Even the Nights are Better,” and more Nine Inch Nails’ “Closer.”

I want people to read this piece and find out afterward that they’re pregnant.

You will not be paid.

And, verily, four writers replied and offered up passages.

As for my choice? I always turn to the poem “Love Gifts” by Yehuda Amichai, and its powerful, raw last lines:

You can feel the desire in those lines, the wanting and unresolve, the struggles with distance and communication. And the passion running through those words burns. The immediacy of the emotion is apparent and eternal.

Here’s what others offered:

“My choice is a short scene in Clive Barker's short story ‘In the Hills, the Cities.’ Just prior to the insanity of the tale, where the protagonists Judd and Mick, on honeymoon and in the middle of a squabble, simply stop to make love in a wheat field. The simplicity of the scene and Barker's short descriptors [turn] something that should be a forgettable moment into something more — especially in frame with the rest of the story. That little moment, though, between two lovers who really do want each other and are content to be playful with one another even in the face of tension is hot for its relatability.”

“The Argonauts by Maggie Nelson is a poetic memoir about writing, gender fluidity, relationships, and the journey of motherhood. It is a book for our age — equal parts intellectual, questioning, and sexual. It got my attention. Read the first paragraph to see what I mean.”

– Cheryl A. Head, author of Warn Me When It’s Time

“We’re in England in the 1860s. Cristabel LaMotte is a poet of modest reputation and hermit-like tendencies, living with a female companion who is secretly her lover. Randolph Ash is a renowned poet stuck in a sexless marriage with a loving but frigid wife. What begins as a chance meeting develops into an increasingly passionate epistolary relationship. By the time they consummate their love — on a stolen seaside trip — their hunger for each other is at its peak boiling point, fierce and frightening for them and for the reader. A.S. Byatt might not be the first writer to come to mind for hot sex scenes, but in Possession, the repressions of time and circumstance explode with a dazzling erotic force.”

“One hell of a passage waits for readers deep in the back half of Into? by North Morgan. One paragraph. Two run-on sentences. Takes nearly all of page 225. An impulsive, compulsive, morally bereft decision-tree of a passage that's both highly relatable (don't tell my therapist) and, as a consequence, delicious. You'll laugh your ass off and spend the afternoon denying it turned you on.”

On Not Reading a Book

Why there’s no shame in abandoning a story.