Lend Me Your Dog Ears 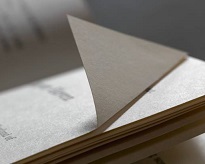 Over the past few years in my tenure as a columnist for this site, I’ve done my best to write honest essays, express truthful opinions, and relay personal experiences regardless of my worries about your response.

And that honesty, this contract with you, is why I begin this column with some reluctance.

Although I’ve been fortunate to count a number of you as friends, there’s a chance that will change after you read this next sentence.

I dog-ear the pages of my books.

But it’s not just that. I scribble in the margins, circle certain words or phrases, diagram complex family dynamics on the inside covers. I gloriously brutalize books beyond anything salvageable.

Wow, this feels good to admit.

Look, I don’t want to assign blame, but that’s just how I was raised. I’ve written in this space before about my experiences learning under the late writer and reviewer Alan Cheuse. Alan wholeheartedly exhorted us to savage books, treat them roughly, make notes that we could refer to in later reads…and, yes, he recommended we read books twice.

I admit that I’ve been negligent in following that second bit of advice. I read most books once, leave the requisite reviews on Amazon and Goodreads, and then move on. Regrettably, there are very few books, simply because of time, that I read twice.

But it is helpful, when re-reading, to come across the notes I left years earlier. Sometimes I disagree with my earlier assertions; other times, it’s useful to see how I interpreted certain passages, particularly if I read the book during school, deep in the throes of critical analysis.

I still analyze books critically, of course, but not with such precision and focus. And even if I’ve moved beyond the perspective I embraced when a book was first read, those old notes provide a healthy argument to my current view.

This is why I was so reluctant to embrace e-books, even though I read a lot of them nowadays. I know you can make notes on e-books, but those notes seem to lack permanence in your memory. There’s something about writing in pen that lingers. You etch on both the page and in your mind.

And there’s a lofty part of me that hopes, years from now, my son reads some of these paperbacks or hardcovers. And he comes across those notes I’ve written and finds them helpful. And maybe understands me in a way I don’t.

I remember once watching some design show on television, and these super-duper-rich people were planning their new house. And they went through their rooms, but were fixated on the library. It was to be the centerpiece of their home, and they had plans for dark wooden shelves, sliding ladders, lavish chairs to sink into. Twin fireplaces. It sounded very pretty.

“Now,” the husband said, “we just need books to fill it!”

And so they bought books, beautifully bound hardcovers, but fretted about the covers being damaged and ruining the look of the space.

Something about that seemed very wrong to me, and I’m not exactly sure what. I suppose it’s wonderful to have a library and, even if those people never pluck a book from its shelves, maybe their friends or children will. But it’s similar to building an elaborate gym and never lifting a weight, or never switching the power on a treadmill. A mental gym, unused.

Or a workshop, one in which all the tools gleam, their metal unvarnished.

Don’t be those people.

Treat your books like tools, not ornaments. It’s why they were written.

E.A.Aymar’s most recent novel is The Unrepentant. He asks that you mark it up thoroughly.

Love to dog-ear your pages? Click here to support the nonprofit Independent!
comments powered by Disqus

The challenge — and joy — of writing about Charm City