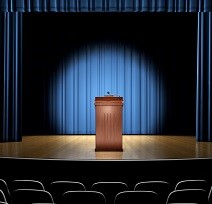 These days, writers’ cries of frustration and rage are especially prolonged among those whose books are coming out NOW, during #Coronapocalypse! Consider their fate:

So, in your splendid isolation over the coming weeks and months — and after you’ve laid in lifetime supplies of toilet paper, eggs, and alcoholic beverages — please consider not only all the authors who desperately need you to pony up and pay for their books (the libraries are closed, people), but especially those whose book launches in spring 2020 have had (or are about to have) an eerie resemblance to Titanic’s maiden voyage.

Book launches are perilous events. As the saying goes, you only get one chance to make a first impression. It’s heartbreaking when that opportunity is ruined.

On this point, Exhibit A is a friend whose publisher actually folded — kaput, defunct, suddenly an ex-corporation — on the publication date of his book. Hard to top that one. Nonetheless, two of my seven book launches have been mangled by Events Beyond My Control.

A 2011 book was submerged when Steve Jobs decided to die a week before my launch date. Inconsiderate? Self-centered? Not for me to say. But his demise caused my publisher to rush to release Walter Isaacson’s biography of Jobs on the exact same day as my book launch.

Amid the tumult surrounding the death and the biography, no one in the publisher’s employ realized (much less cared) that my volume was staggering into the marketplace a sad and lonely orphan.

Then there was my book on James Madison. Nine months before that one was to launch, Lynne Cheney (wife of the former vice president) brought out her book on the exact same man and pursued a savvy marketing campaign that included appearances with said former vice president before every conservative organization in the country.

I can’t say that Ms. Cheney snarfed up every potential purchaser of my book, which still sold tolerably well, but there just aren’t that many people looking to plunk down $30 for a work on Madison (another sign that the Apocalypse is nigh). Once a few tens of thousands have done so, would you want to be the one hawking yet another new book on the subject?

So, allow me to commend a few recently released and forthcoming titles trapped in the maw of the coronavirus (focusing on writers from the DC region):

You’ll notice the above titles are linked to Bookshop. Purchasing any or all of them through this alternative to Amazon not only helps the authors themselves, it funds area indie bookstores and the Independent. Everybody wins!

David O. Stewart is a writer of history and historical fiction, and a member of the Independent’s board of directors. His first novel, The Lincoln Deception, will be reissued in April with a new cover (to be revealed soon), a cool preface, and the same exciting story.

This California indie is doing well by doing good.