In Defense of Scary Stories 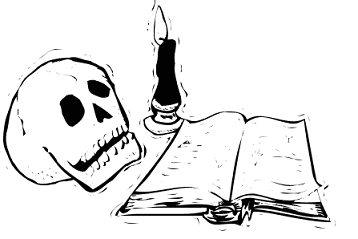 Sometimes an ax murderer is just an ax murderer. But you wouldn’t know it by reading many of the titles on “scariest books” lists haunting the Internet this time of year.

When asked to name the most frightening tales they’ve ever read, cultural critics inevitably feel compelled to go all highfalutin and throw in a few that illuminate man’s inhumanity toward man, the hollowness of existentialism or, worst of all, the Tea Party.

“Ghost stories are fine,” says Erudite Author X, “but the most terrifying thing I’ve ever read is 18th-century philosopher Gottfried Leibniz’s Monadology. Its positions on the nature of the universe and occasionalism are truly chilling.”

Wouldn’t it be nice if, just once, the learned among us stopped being so insufferable? Imagine George Will naming his five favorite horror stories and somehow doing it in under 60,000 words. Or Charles Krauthammer rattling off the world’s most fearsome monsters without once mentioning President Obama.

There’s a thrill to wrapping up in a blanket, clutching an eerie tale, and tucking your feet in so the thing under the bed can’t get them. It’s primal, and it doesn’t need to be defended.

So this Halloween, don’t conceal your love of unabashedly scary reads. Proclaim it! Life’s too short to keep Pet Sematary hidden inside a Brave New World book jacket, don’t you think?

What are your favorite creepy tales? Tell us about them in the comments section below!

This holiday tradition is more fraught than you think.