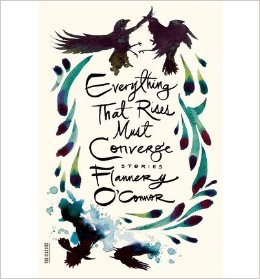 Who says you can’t judge a book by its cover? We do it all the time.

Even in this age of e-books, a cover image can be a powerful marketing tool, especially for fiction, if it captures the mood of the book and catches the reader’s eye.

Shopping for an e-book online without attractive cover art would be a lot less fun, and appealing covers may be one of the key factors keeping print bookstores in business. To browse the new fiction display or the tables of new paperbacks at an independent bookstore like Politics and Prose in Washington, DC, can be an aesthetic experience.

A cover can attract, intrigue, even challenge a potential buyer to at least pick up the book and leave it to the jacket copy, the blurbs, and the first-line test to close the deal.

Often we will buy a book because a friend has raved about it, it got a glowing review, we liked other works by the author, or because the bookstore staff put a little recommendation tag on it.

But the art of displaying books is precisely to promote impulse buys. And it works — I have a stack of unfinished books that failed to live up to the promise of the cover.

In December, the art director at the New York Times — not the book-review editors — selected the 10 best book covers from 2015, ranging from an FSG Classics reissue of Flannery O’Connor’s Everything That Rises Must Converge to the hardcover edition of Tom McCarthy’s Satin Island (which appears on a number of other best-cover lists).

“When considering the book as a whole, I prefer that the interiors contain answers and the covers ask questions,” Times art director Matt Dorfman writes. “The covers that lure me into the pages often do so by posing questions that I don’t want to ignore.”

The online magazine Paste each month lists its choice the 10 best book covers. The list for April, for instance, includes covers for Jennifer Ackerman’s The Genius of Birds, with an enigmatic bird looking over its shoulder, and Steve Toutonghi’s Join, depicting the networking of minds featured in the dystopian thriller. The cover for Manuel Gonzales’ The Regional Office Is Under Attack features wacky art and a two-word blurb from Jess Walter: “Read It!”

With the exception of the Flannery O’Connor novel, which originally came out in 1965, I haven’t read any of these, but it’s all I could do to restrain myself from running out and scooping them up.

Trends and tastes in book covers change over the years, of course, but some achieve the timelessness of an iconic image.

A few years ago, Flavorwire, another online culture magazine, compiled a list of the 20 most iconic book covers ever. These include the Penguin edition cover for A Clockwork Orange by Anthony Burgess, featuring Alex’s derby hat and stylized eye, and the simple and menacing original cover to Truman Capote’s In Cold Blood.

The gothic lettering and puppeteer cover art for Mario Puzo’s The Godfather became part of the equally iconic film poster. The 1957 cover for the British edition of Jack Kerouac’s On the Road — featuring floating rubrics for Liquor, Girls, Fun, JAZZ — was designed by none other than Len Deighton, who went on to become a bestselling thriller writer.

We all have favorite covers, even if that’s not what originally attracted us to the book. Mine include David Mitchell’s The Bone Clocks, Rachel Kushner’s Telex from Cuba, the Harper Perennial (paperback) cover for Alaa Al Aswany’s The Yacoubian Building, and Helen MacDonald’s H Is for Hawk.

The cover art for Ron Hansen’s Mariette in Ecstasy features a rendition of Bernini’s marble sculpture “Saint Teresa in Ecstasy,” a masterpiece in the church of Santa Maria della Vittoria in Rome that took my breath away when I first saw it. The cover art for the Picador edition of Jonathan Franzen’s 1988 debut novel about St. Louis, The Twenty-Seventh City, with its hazy view of the arch and its reflection, appealed to me because I grew up in St. Louis when it was the ninth city.

There are a lot of reasons to “look inside” a book, but one of the best is because of what’s on the outside.

In praise of the printed word (and the typeface that makes it look so good).