I Just Can’t Quit You

Unless you’re an ill-fitting book, that is… 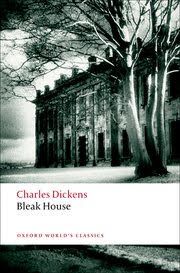 A couple of years ago, I made a New Year’s Resolution to read Tolstoy’s War and Peace. I’d tried and failed to read the novel before, but suddenly realizing that it had exactly 365 chapters, I planned this time to read one chapter a day — pacing myself toward the end.

Ultimately, the experience was rewarding; I loved living inside the book for that whole year, and because of that long immersion, I better understood both the breadth and the intimacy of the novel.

At the start of this year, I made a similar resolution with Dickens’ Bleak House — in this case, breaking it down to a chapter every five days. Many great things are to be said for the novel: characters rich in detail, atmospheric settings, and plot aplenty. And, yet, by mid-March, I’d given it up completely.

I never found myself eager to return to each new chapter and always had to gear up every time with some review of what had happened in the previous chapters. As for the characters and their relationships? No matter how rich they were in individual scenes, I couldn’t keep track of them all.

It’s easy to debate how much of the fault here is mine, but as I was beginning this column, an interesting thing happened: A writer friend, Steph Post, author, most recently, of Walk in the Fire, shared the cover of Bleak House on Facebook, along with the caption “I tried... #notcurrentlyreading #throwinginthetowel.”

And another good friend, Patricia Abbott, author of the recent collection I Bring Sorrow and Other Stories of Transgression, added a comment: “This defeated me along with Middlemarch, The Magic Mountain, and Moby Dick.”

Intrigued by the timely coincidence, I reached out to each writer about what drew them toward reading these “big books” — big both in terms of size and of reputation — and what had led them ultimately to give up.

The draw, to some degree, seems to have be ingrained ideas about what constitutes literary merit.

“For many years,” Abbott explains, “I was greatly influenced by the idea of what I should read rather than what I wanted to read. I think this came from having a husband who was a professor and having friends mostly in those same circles. Reading mysteries was a hidden pleasure.”

Post has also been driven by some idea of the literary canon — “I took some less-traditional literature classes in college and graduate school, and I feel like there are so many classics I missed out on” — but she’s interested in questions of literary inspiration, too: “Most of the time, I'm drawn to these doorstop tomes because I want to know how or why they influenced another writer. How a book written a hundred years ago helped shape a writer who has helped to shape me.”

To that end and others, neither Abbott nor Post has trouble reading classics generally. Post says that she really likes most Victorian literature, and she just finished up what she called a “Thomas Hardy streak.” And Abbott stresses that she’s “read most of the Dickens novels that came in at a lesser page count, although perhaps that would be considered Dickens light.”

So, is size, then, part of the issue?

“I am an impatient reader,” Abbott says. “I have trouble understanding why a story can't be told in 300 pages…Even contemporary novels like The Goldfinch, at 1,000 pages, is a chore. In fact, I read 600 pages of The Goldfinch and then bailed.”

But subject matter and style may have a greater bearing here — on Bleak House and others, as Abbott explains, “I realized I just didn't care about a book so much about antiquated laws, and with Moby-Dick, a sea-faring all-male adventure was not for me.”

Post has different troubles with Dickens. “It's not the story; it's the style,” she says, not just of Bleak House but of Oliver Twist, Great Expectations, and Hard Times, too. “I can't sink my teeth into it. I'm not a fan of novels with smug, all-knowing, overarching narrators looking down at the world.”

Even being able to articulate what we want from the books we read — the overall aesthetics, the pacing of plot, the specific subject matter — all of us still seem drawn to trying to read certain books. So many classics call to me for many of these same reasons. And maybe we feel a twinge of failure at giving up on them? Or have we moved past that?

“I used to have this terrible fear of not finishing a book,” Post says. “If I cracked the spine, then I had to slog it out and finish the damn thing or else I'd be a quitter. Those days are long gone. There are too many brilliant books out there — perfect for me and just waiting for me to find — for me to waste my time on a novel I already know will be a miserable trek to get through.”

Abbott echoes this: “Middlemarch may have been my greatest failure because I came close to finishing it several times. But then the siren call of a book I much preferred reading came, and I threw in the towel. So, the main reason I don't finish books like this is because something better for me comes along. I am a fickle lover.”

Too many books out there — and, meanwhile, another one that’s “perfect for me” or “better (for me).”

And while being a “fickle lover” with your reading may sound like a sordid confession, according to George Mason University economist Tyler Cowen, who finishes one book for every five to 10 he starts, it’s actually the smarter approach.

Consider this from an article in the Washington Times about Cowen and the question of whether “reading a book we’re getting little out of is the best use of scarce resources”:

"People have this innate view — it comes from friendship and marriage — that commitment is good. Which I agree with," [Cowen] says. That view shouldn't, he says, carry over to inanimate objects.

It’s not that he's not a voracious reader — he finishes more than a book a day, not including the “partials.” He just wants to make the most of his time.

“We should treat books a little more like we treat TV channels,” he argues. No one has trouble flipping away from a boring series.

With all this in mind, I don’t feel so bad now about having pulled my own bookmark from Bleak House and returned it to the shelf.

There are plenty of other titles on those same shelves for me to explore — and time, indeed, is short.

Art Taylor is an associate professor of English at George Mason University and the author of On the Road with Del & Louise: A Novel in Stories, winner of the Agatha Award for Best First Novel. His story “A Necessary Ingredient” from Coast to Coast: Private Eyes from Sea to Shining Sea, has recently been named a finalist for this year’s Agatha Award for Best Short Story; you can read it here for free.

What happens when husband-and-wife writers are up for the same award?