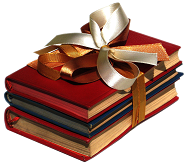 I hope you’re all excited about holiday shopping this year! And, by that, I mean huddling over your computer or phone and clicking “buy.”

WE’RE IN THE MIDDLE OF A PANDEMIC. DON’T GO TO A STORE UNLESS IT’S ABSOLUTELY NECESSARY.

OR IF YOU’RE BUYING ME A GIFT.

Anyway, if you’re looking for something to give the book lover in your life, here’s a list of fantastic November and December releases by authors in the DC/MD/VA triangle! Also, feel free to treat yourself to one or two or all of these books! You deserve it.

Donna Andrews, The Gift of the Magpie (Oct. 20). Okay, I’m cheating a little bit, but this is my column, and I can do what I want. The Gift of the Magpie was released in late October, but close enough! Plus, it’s a Christmas-themed mystery featuring bestselling author Andrews’ beloved protagonist, Meg Langslow. In her 28th mystery, Meg finds herself running a charity when one of the people she’s helping is murdered…and there are rumors of a treasure hidden in his cluttered house. Andrews is one of this region’s most prolific and popular writers, and longtime fans will find much to love in these pages. (I’d also like to include an earlier holiday-themed release here, Maya Corrigan’s Gingerdead Man, which came out in September and is the seventh in her well-received “Five-Ingredient Mysteries” series.)

Isabella Maldonado, The Cipher (Nov. 1). Former Fairfax County police officer Maldonado has launched an exciting new series with The Cipher. FBI Special Agent Nina Guerrera is forced to revisit traumatic events in her childhood when she’s attacked in a Virginia park and video of the incident is widely seen. Among those watching? The serial killer she escaped from when she was just 16 years old, and who is desperate to capture her once again.

Greer Macallister, The Arctic Fury (Dec. 1). Okay, I’m cheating again but, hey, MY COLUMN. Macallister’s work would be classified as historical fiction rather than crime fiction, but I love her writing, and Greer is an awesome person. So. Deal. Her last novel, the excellent Woman 99, was just optioned for television, and The Arctic Fury promises to be just as enthralling. A desperate aristocrat asks adventurer Virginia Reeve to lead a group of a dozen women into the Arctic in an attempt to find her lost husband. Only five of the 12 return, and the courts are determined to find out what happened to the others.

Sherry Harris, Absence of Alice (Dec. 29). The ninth book in award-winning author Harris’ “Garage Sale Mysteries” finds bargain-hunter Sarah Winston helping a new client appraise her antiques when Winston’s landlord is kidnapped. Winston has instructions not to call the police, but those instructions don’t say anything about asking her friend, a former FBI hostage negotiator, for help. Fans of Harris are used to her deft management of tension and humor and will find the author’s considerable skills on full display here.

And I want to mention a couple of paperback releases:

Kathleen Barber, Follow Me (Dec. 1). Barber has had a fantastic run in her young writing career. Her debut, Are You Sleeping? was bought by Reese Witherspoon’s Hello Sunshine production company and is gearing up for a second season on Apple TV (the already-superb cast recently added Kate Hudson to the mix). Her celebrated second thriller, Follow Me, plunges readers into the world of social-media influencers and the particular, peculiar travails of moving to Washington, DC, through the eyes of two remarkably drawn female leads.

Eliza Nellums, All That’s Bright and Gone (Dec. 8). Nellums’ debut was justly lauded when it was released last year, with enthusiastic praise from the Washington Post, an Editor’s Pick designation from Amazon (as well as being named one of its best books of December 2019), a starred review from Publishers Weekly, and so much more. The story of a young girl on a mission to learn the secrets about her family has touched readers and reviewers since its release, and the paperback is a terrific way to let others know about this powerful young writer.

E.A. Aymar, writing under the pseudonym E.A. Barres, is author of the new novel They’re Gone.

5 Gifts for the Bookworm in Your Life

A little something for even the most pretentious of readers.