Haughty Enough for Ya?

When it comes to publishing, traditionalists are the real snobs. 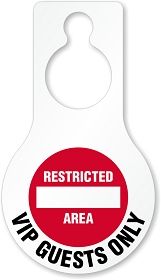 Every few weeks or so, it seems there’s a commotion in publishing when some writer or reviewer, knowingly or not, disparages genre fiction. This bitterness has been happening for years (for a fun read, check out Stephen King’s wonderful, biting, emotional defense of genre fiction upon winning the 2003 National Book Award) and continues today.

But lately I’ve wondered: To what end?

After all, genre writers dominate the bestseller lists. Their books are prominently displayed in bookstores. Their work is made into TV series and movies. They’ve made millions from writing wonderful stories and have legions of fans.

Traditionally published genre writers like me generally love to complain about the establishment and gatekeepers, but nowadays, we rarely realize that we are the establishment. We’re not the victims; we’re the snobs. If not directly, then indirectly as we accept and contribute to a system that supports an implicit bias.

That’s because the real class battle, today, isn’t between genre and literary writers. It’s between traditionally published and self-published writers.

As a traditionally published writer, my work has been reviewed by some of the industry’s best publications. My publisher is part of a distributor chain that can get my book into bookstores around the country. There are organizations that I can join without issue, conferences where I can serve on panels.

How many self-published writers have those opportunities? The snobbishness they face is more than a sneer or hurt feelings. It’s professional exclusion.

And I get it. I do. I know what you’re thinking. Self-publishing hasn’t done itself any favors.

And so, it seems that this rejection of self-published authors, by the same writers and reviewers who constantly complain about being marginalized by the literary establishment, is misplaced.

Given my outside perspective with self-publishing, I asked two excellent writers who have experience in both self and traditional publishing for their thoughts on the barriers their work faces. And I’ll use their comments to close this essay:

“Indie (self-published) authors face a number of challenges that traditionally published authors don’t. They bear the full costs of professional editing, cover design, and formatting, which can easily run into four figures for a single title. Printing costs are significantly higher because print-on-demand books don’t qualify for the discounts that larger print runs do. And getting professional reviews by trade magazines and review organizations like Kirkus remains a challenge. Many, including CrimeSpree Magazine, still refuse to review indie titles. Others only do so under expensive segregated services such as Kirkus Indie Reviews, which are largely ignored by booksellers and librarians.”

– Dharma Kelleher, author of the Jinx Ballou and the Shea Stevens series

“The obstacles of self-publishing are the flip-side of all its advantages. You have the freedom to write what you want, but no patron to support it. The praise of fans, but not of critics. Potential wealth, but little security. And with no gatekeepers, it can become the open-bar of the art world; for better or worse, everyone is invited and it can be tough getting noticed. But at the end of the day, you do what all writers do: work on your craft, write the best story you can, and lay your offering at the feet of your readers.”

What Led to the Flood

Unique voices share a home in this new anthology.