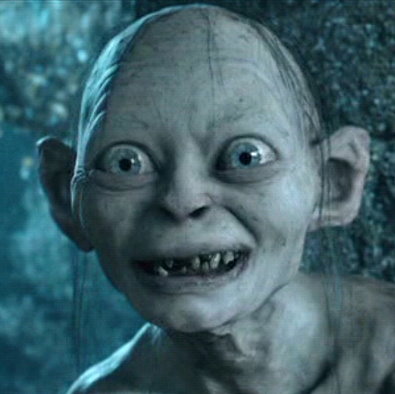 A recent piece in the Los Angeles Review of Books claims so, relating Gollum to the character Sigurd in Marie Corelli’s Thelma. The author of the piece, Lili Loofbourow, does a great service for readers by (re)introducing the once-popular-but-now-obscure Corelli to modern audiences. But, as for the claim about Gollum, I’m not convinced … or at least I think the claim raises more questions than answers.

First, it should be made clear (as the nearly 6,500 word piece does not do) that Corelli’s Sigurd is evidently not the same Sigurd of Norse mythology that Tolkien drew on to write The Legend of Sigurd and Gudrun.

That source of potential confusion aside, we can turn to the comparisons of Gollum and Corelli’s Sigurd provided in the piece. There are similarities for sure, but it makes me wonder what the alternatives are. Loofbourow only suggests one (a character named Gagool from King Solomon’s Mines) but a cursory internet search, once one gets around the inevitable confusion between Gollum and the Jewish golem, reveals others, including the character Andvari from (hmmm) “The Story of Sigard.”

It’s also important to remember how much Gollum (that is: Smeagol) evolved in Tolkien’s work. From the predecessor Glip through the riddling creature capable of eating Bilbo Baggins in The Hobbit to the complex and conflicted villain of The Lord of The Rings, who is almost a dark alternate to Frodo, Tolkien’s own conception of this character must have changed greatly over time. (Surely the trilogy was not planned out in advance of The Hobbit, or the wizard Gandalf would have been fired for gross incompetence, having let The One Ring serve as a prop for hobbit magic tricks in the undefended Shire for 60 years.)

Indeed, this is not the only (ahem) logical flaw in the story.

I’m not claiming the Gollum-Sigard connection is wrong, nor have I reason to be defensive about the claim. (Though “It’s even conceivable that Thelma’s fairytale Norway … set Tolkien on the road that would eventually lead to his becoming a scholar of Scandinavian languages and myths.” seems a bit much.) But there’s a whole scholarship on Tolkien and his influences, so what does any of it have to say about this?

If there is something to the idea of Gollum being inspired by a relatively recent work, it only begs the question of where Corelli got her inspiration for Sigard. Couldn’t it be true that Corelli and Tolkien were drawing on the same source? Are there other instances where it can be demonstrated that Tolkien was inspired by a recent source rather than a mythological one?

One additional item that makes the connection suspect: the LA Review of Books piece has a clear agenda. The Gollum-Sigard connection is billed as merely an example of a larger phenomenon, which is truly the focus of the piece. This larger claim may or may not be true, but I need more before I’ll accept this as a piece of supporting evidence.

So, Tolkien fans out there: what say you? (Sorry, couldn’t help it!)