It's all in the words 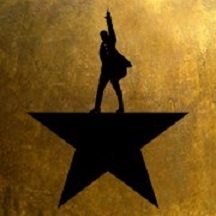 Now that he’s won the Pulitzer Prize for it, maybe we’ll pay attention to the words of Lin-Manuel Miranda’s “Hamilton,” the genre-smashing Broadway hit that costs a monthly car payment to attend. When we listen to the words — really listen — we can appreciate his achievement.

Magic can happen when story and words and music meet, when a single artistic vision commands eye and ear and imagination. That’s the secret of opera’s survival despite its preposterous qualities, and also of “Hamilton.” But there’s more to Miranda’s creation.

A bemused neighbor recently explained that her middle-school-aged children are obsessed with “Hamilton.” This is a show about a Treasury secretary who died two centuries ago, a show the kids know only from Internet snippets and the double-CD version (which recently nestled in the top 20 on the Billboard chart, ahead of Taylor Swift, Drake, and a range of pop icons).

Yet these young people in suburban Maryland, my neighbor related, sing the songs to each other and in groups. “You be Jefferson,” they call out, “you be Burr, and I’ll be Hamilton.”

I was dazed. I write history and speak about it to groups with median ages that hover in the low 70s. Is Miranda’s mix of rap, blues, and torch songs making history hip in 2016?

And make no mistake: Miranda’s version of the early republic’s history is remarkably accurate. Not perfect, but compared to a Hollywood production, it’s astonishing how close he hews to the events — major, minor, and mundane — of Hamilton’s tumultuous life.

Credit Miranda with knowing dramatic gold when he opened Ron Chernow’s biography of Hamilton. A poor immigrant orphan from the West Indies who succeeded by sheer brilliance, Hamilton was good at everything he tried — law, politics, war, finance.

Yet perhaps inevitably for a man with such a trajectory, Hamilton had glaring weaknesses. How many national leaders publish a lengthy pamphlet detailing their extra-marital affair? Or die in a quarrel over intemperate words that they might easily have withdrawn?

The key to the show’s power is that Miranda doesn’t confine himself to depicting this smorgasbord of one man’s powers and flaws, but finds the universal in it.

Start with his insights into politics. When Aaron Burr, Hamilton’s mirror image, advises the bumptious immigrant to “talk less, smile more,” political consultants can only smile and nod. When Burr sings that he wants to “be in the room where it happens,” he reveals the underside of ambition: the desire to do good often twins with the lust to be at the center, to know the secrets.

A rueful moment arises when James Madison and Thomas Jefferson share their dismay over Hamilton’s dominance in George Washington’s government. It sure would be nice, they sing in the lament of those who lack a key ally, to have “Washington on your side.”

But Miranda also finds in Hamilton’s story the thrills and pain of every life. “Helpless,” sung by the Schuyler sisters when they meet Hamilton, is a cheery celebration of young love. According to my informant, the middle-school set favors it. Miranda explores the nature of sisterhood through the two women’s lives, both enamored with Hamilton yet always loyal to each other.

Hamilton’s mother dies of fever. His eldest son falls in a duel. The parents’ moving anthem of loss hinges on a humdrum, slightly formal six-syllable word — “unimaginable” — to capture a pain that will never leave.

Finally, Miranda celebrates words as the only weapons against oblivion. The finale trumpets the importance of “who keeps your flame, who tells your story.” The cry that throbs through the show is the howl of the writer, the vow to “write like you’re running out of time.” Because when your time comes up, the question is “whether you’ve done enough.”

Hamilton did. Miranda, too.

David O. Stewart is president of the Independent and author of books about American history and historical fiction. His website is www.davidostewart.com.

9 Irish (or Irish Adjacent) Books Not by James Joyce

Eager for a little avoiding o’ the news? Escape into one of these Emerald Isle stories!