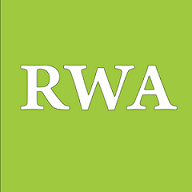 For the past several years, social issues, social disparities, and demands for change within the sci-fi/fantasy, mystery, and romance communities have been played out at the institutional level. Those organizations have had — in some cases — to scramble to respond.

This is not a bad thing.

But growth can be painful. Especially when minorities, women, and LGBTQIA authors and readers demand their due.

In the sci-fi/fantasy genre, author Larry Correia became upset when so many authors were being rewarded for writing “political” works instead of apolitical adventures — fun, escapist stories, if you will.

Let the record show that I love a good escapist story as much as the next person.

Yet besides the laughable mythico-history of sci-fi/fantasy being apolitical in nature, Correia — and soon his followers, who became known as the Sad Puppies — seemed to define these adventure stories through a distinctly hetero-normative, anti-diversity lens that didn’t leave a lot of room for minorities, women, or those on the LGBTQIA spectrum, either as writers or as heroes in the stories.

The Sad Puppies formed a voting bloc with the idea of getting their chosen candidates on the Hugo Awards ballot. The Hugos are one of the most prestigious awards within the sci-fi/fantasy genre. Members of the World Science Fiction Convention (Worldcon) vote on the Hugos each year.

The movement began in 2013; by 2015, the Sad Puppies managed to get several of their selections on the ballot.

This did not go unchallenged.

Outrage on the part of authors and readers alike was fierce. What did the Hugos even mean if they could be hijacked?

In 2015, a more nihilistic group, the Rabid Puppies, formed with the idea of burning down the Hugos altogether. They had their own agenda and tried to get what they defined as outrageously bad works on the ballot so that the Hugos would become meaningless.

This backfired in a spectacular, schadenfreude-laced ball of flame.

In response, by 2017, Worldcon enacted procedures that made it more difficult for voting blocs to succeed. For an excellent summary of the beginnings and downfall of the Sad and Rabid puppies, go here. It’s a long but engaging read, especially the part about author Chuck Tingle, a master troller of trolls who put the final nail in the Sad Puppy/Rabid Puppy coffin.

The Romance Writers of America (RWA) and the Mystery Writers of America (MWA), however, are not exempt from accusations of tone deafness when it comes to issues affecting people/authors of color. Both faced problems with their 2019 Lifetime Achievement Award recipients.

In the case of the RWA, Cherry Adair was selected for the honor. After years of authors of color and LGBTQIA authors being overlooked in the RITAs — romance’s most prestigious awards given by the RWA — an uproar ensued when the finalists, once again, lacked diversity.

This in itself is a major problem.

Adair then made an unfortunate Twitter post that asked for a withholding of righteous indignation so that those finalists could enjoy their moment. Not surprisingly, this was interpreted as a “sit down and shut up” message. Soon after, Adair withdrew her name from consideration.

The RWA board then released a statement to address the lack of diversity in its finalists. The board pledged to do better and to reconsider the RITA judging process. It remains to be seen how this will impact the 2020 RITAs.

For a more in-depth and nuanced look at the lack of diversity in romance, go here and here. Again, these are lengthy articles, but both showcase the disparities in the genre.

In the case of the MWA, the qualifications to receive a prestigious Grand Master Award (essentially, a lifetime achievement award) came to be called into question. Each year, the MWA board selects a Grand Master, who is given the honor at the annual Edgar Awards Banquet. This year, MWA chose two recipients: Martin Cruz Smith and Linda Fairstein.

Fairstein is a bestselling crime writer (now dropped by her publisher) and former lawyer and prosecutor who once headed up Manhattan’s sex crimes unit for many years (think “Law & Order: SVU”).

Several authors (notably, Attica Locke and Steph Cha) pointed out that while, in 1990, Fairstein was not the lead prosecutor in the now infamous trial of the Central Park Five, she led the unit that chose to wrongfully prosecute them for rape. In 2002, their sentences were vacated when the real rapist stepped forward and claimed he acted alone.

As Cha notes, “We’re apparently still at a place where the board of the Mystery Writers of America thinks calling the white prosecutor who oversaw the conviction of innocent black boys ‘Grand Master’ is a good idea.”

To add fuel to the fire, “When They See Us,” a recent series on Netflix, dramatizes the Central Park Five’s case and adds to the controversy surrounding Fairstein. The author did not take these accusations lightly. In an opinion piece in the Wall Street Journal, she rebuts her portrayal and states her case.

The MWA board responded to the public outcry by claiming they were initially unaware of Fairstein’s role in the Central Park Five case and then — after discussing these concerns — by withdrawing the award. The withdrawal did not come without its critics, though (see these letters from Otto Penzler and Nelson DeMille for examples).

Since then, the MWA board has committed to implementing changes to its selection process. Again, it remains to be seen how this will impact the Grand Master Award going forward.

In each instance, it took minorities, those on the margins, and their allies to call out these institutions and hold them accountable to their membership.

While much still needs to improve, I truly believe that we’re making progress, step by (baby) step. But as the Independent’s own E.A. Aymar pointed out in an excellent thought piece, social progress is rarely painless.