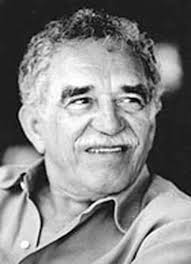 With Gabriel García Márquez’s passing yesterday at the age of 87, a giant literary light has gone out. Known as “Gabo” throughout the Latin world, García Márquez made famous the style of writing dubbed “magical realism,” wherein the everyday exists alongside the fantastical.

The author of 10 works of fiction — most notably One Hundred Years of Solitude (which sold more than 50 million copies worldwide) and Love in the Time of Cholera — García Márquez was also a skilled journalist whose creative nonfiction, along with that of notable writers like Tom Wolfe and Norman Mailer, became known as “New Journalism.”

García Márquez was awarded the Nobel Prize in Literature in 1982.

What did Gabriel García Márquez’s work mean to you? Share your thoughts in the comments section below.

In honor of St. Patrick’s Day, a peek at some of our favorite Emerald Isle authors.