Do You Really Need an Agent?

A Washington Writers Conference speaker explains why the answer is “maybe.” 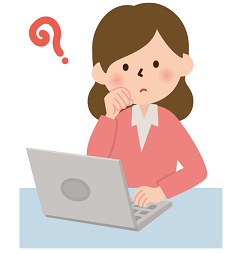 Have you ever wanted to submit a manuscript to a publisher but saw that their policy read “no unsolicited manuscripts” or “agent submissions only”? The publishing industry is full of gatekeepers, and the literary agent is one of them. The agent’s function is to find the best manuscripts they can and submit them to the best-matched publisher.

But do you really need an agent to get published? Not necessarily.

Many writers set their sights on the Big Five: Penguin Random House, Macmillan, Hachette, HarperCollins, and Simon & Schuster. Landing your work here is as competitive as getting into an Ivy League school. To be considered by these large publishers, you need an agent. But having one is no guarantee your book will be published. Just as authors must query and submit to agents for representation, agents must query and submit to publishers for publication.

Another reality? The payout from going the traditional route isn’t always lucrative because you’ll split any advance and/or royalties with your agent. Still, if you’re determined to publish your book traditionally, then yes, you most likely need an agent.

If you’re not, consider independent or regional publishing houses, which often accept un-agented submissions. There are many out there, and most serve a niche or localized audience. Because they’re smaller operations, they tend to have limited budgets for things like advances or marketing. So, expect to be an active participant in the promotion of your book (which you should be, anyway).

For first-timers and seasoned pros alike, self-publishing is another enticing option. You don’t have to endure the lengthy, often discouraging process of finding an agent, you don’t have to share royalties, and you have full creative control over your book. Of course, all this freedom means a lot more work for you.

Ultimately, it boils down to what you want. If your goal is to be published by the Big Five, you need an agent. If it’s simply to get your book into the hands of readers, you don’t. And when you stop to consider that the average book — regardless of how it’s born — sells fewer than 1,000 copies, you may come to realize that how yours is published is less important than that it’s published.

[Editor’s note: Ariel Mendez will speak at the 2022 Washington Writers Conference, which is sold out. If you missed your chance to register, we’ll see you in 2023!]

Ariel Mendez is an author-illustrator and a self-publishing advocate. Her books have been featured on Kickstarter, HLN, Amazon, and NBC. She is an instructor and speaker and has worked with the Society of Children’s Book Writers and Illustrators, the Writer’s Center, and the U.S. Latinx Writers Gathering. Follow her on Instagram at @arielmwrites.

The Washington Writers Conference Is Back!

We're all virtual and better than ever this spring!

An Update on Our Conference