A look at what’s simmerin’ on the shelves this month 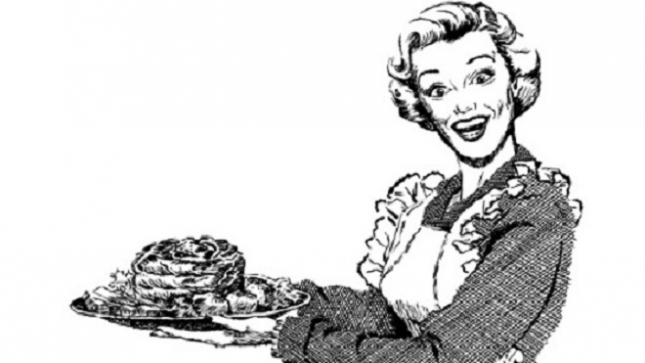 If given the choice between savory or sweet treats, I’ll generally pick the savory. Cheese, bread, crackers, chips — I love them all. In fact, I joke that I could exist on brie and baguettes alone. Sometimes, though, I get a craving that only a sugary something will fix. Cookies, S’mores made in the oven, a scoop of chocolate raspberry ice cream…you get the idea. In that vein, this month I thought it’d be fun to peruse some newly published dessert-centric cookbooks to satisfy my (sometimes) sweet tooth! 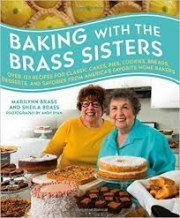 Baking with the Brass Sisters by Marilynn Brass and Sheila Brass (St. Martin’s Press). I love a set of recipes that has history intertwined, with family food traditions that have been built upon and molded over decades (and even centuries). Sisters Marilynn and Sheila Brass pulled from their trusted manuscript cookbooks and handwritten recipes to create a book devoted to home-baked treats and tips for making them. Each of the 125+ recipes includes a quip about the recipe or a memory that goes along with it. Stories and anecdotal recipes have been transformed into kitchen-friendly variations. I’ve got my eye on their Black and White Cheese Pie, a throwback dessert from the 1960s and 1970s, filled with cream cheese and topped with a chocolate sour-cream drizzle. YUM. 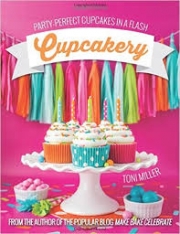 Cupcakery by Toni Miller (Front Table Books). Toni credits her cupcake-baking obsession to a string of lousy bakeries, exhaustion from the tedious nature of making full-size cakes, and blogging. Her cookbook, Cupcakery, promises recipes that have been created to “not only taste and look great, but also have you in and out of the kitchen with plenty of time for the party.” That’s my kind of homemade cupcake recipe! After a “Cupcakes 101” section that explains everything from tools to toppers, it’s time to dig in to the desserts themselves with “Everyday Occasions” and 25 different cupcakes. Surprisingly, but not disappointingly, Toni’s cupcake recipes begin with box cake mix. It’s the add-ins and decorations that make them extra tasty and unique, like root-beer soda and concentrate for the Root Beer Float cupcakes. Cookie dough fans will adore her “Monster Cookie Dough Frosting” made with butter, M&Ms, mini chocolate chips, brown sugar, powdered sugar, and a few other ingredients — except no raw eggs, which means I can eat it by the spoonful. Winning! 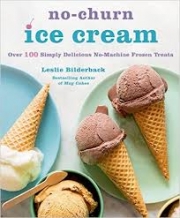 No-Churn Ice Cream by Leslie Bilderback (St. Martin’s Press). I used to have an ice-cream maker years ago. We got it as a wedding present (I think). I can count the number of times I used it over the past 13 years on one hand…maybe only two fingers. The ice-cream maker (that I’ve since given away) was another kitchen device that sat under my counter, collecting dust. So, it’s no surprise that when I first saw No-Churn Ice Cream, I was smitten. Leslie starts off with the basics, promising that once you master those, you can move on to more interesting concoctions. The book is filled with a variety of delightful and different ice cream, sherbet, sorbet, gelato, meringue, and Chantilly recipes. That said, Leslie’s vanilla ice cream recipe looks amazing — full of sweetened condensed milk, heavy cream, fresh lemon juice, milk, vanilla bean (and extract), and a pinch of salt. “Salt,” she explains, “is the magical mineral that enhances flavor, which is why salt is an ingredient in nearly every recipe of this book.” I agree. 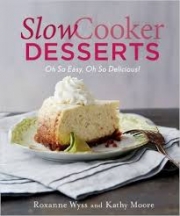 Slow Cooker Desserts by Roxanne Wyss and Kathy Moore (St. Martin’s Press). As obsessed as I am with my slow cooker (hello, pot roast, chili, and overnight chicken stock), you’d think I’d also have the inside scoop on slow-cooker desserts. Well, I didn’t — until reading Slow Cooker Desserts, that is. From cheesecakes to puddings, cakes (and frostings!) to fondues, Roxanne and Kathy run the gamut of slowly cooked desserts, made with a lot less effort, and a lot more time, in your slow cooker. Hint: bake a cheesecake in a springform pan IN THE SLOW COOKER. Mind. Blown. I’m all over that Key Lime Cheesecake, too…

Liza Hawkins is a self-proclaimed #wordnerd who loves getting sucked into whimsical novels and epic movies, frequently flying under the coolness radar with her laidback, practical attitude toward life. A foodie at heart, she relishes the chance to both cook and eat. (She's not picky.) She’s on the hunt for the perfect mojito, inspiration for a third tattoo, and world peace. You can also find Liza sharpening her knives over at (a)Musing Foodie.

In honor of St. Patrick’s Day, a peek at some of our favorite Emerald Isle authors.