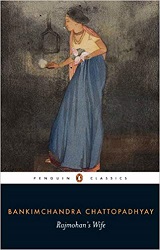 One of the biggest complaints I hear about classic books (aside from the fact that they can be long and boring) has to do with the exclusion of women and people of color.

And so the story goes: Modern, canonized novels of the 19th century were, for the most part, written by Russian, English, French, and American authors — white people, to put it bluntly. As we well know, women and people of non-European ancestry didn’t share the same rights and privileges as European males, making it less likely that they would write books, much less have those books published.

I’ve heard this argument from people of all backgrounds and political stripes, and while they surely disagree on how best to respond (to read or not to read the classics), there is at least consensus in one area: Old Books are the domain of Dead White Men.

But, alas, it’s not altogether true.

In writing this column, I’ve had no trouble finding women authors to cover. I think of one book in particular that I haven’t covered just yet — Middlemarch by George Eliot (Mary Ann Evans) — which is widely considered to be the best novel ever written in the English language.

Of the three American novels I’ve weighed in on, one was penned by William Wells Brown, an African American and former slave. In the queue, I also have waiting Iola Leroy by Frances E.W. Harper (one among a handful of other 19th-century African-American writers whose works are available), along with The Norton Anthology of African American Literature, which offers readers over 1,000 pages of African-American writing.

Of course, it’s arguably (and ironically) the Russians who made the biggest contribution to the Western canon. And, here, it’s worth noting that the founder of that great tradition — Alexander Pushkin — was of partial African heritage.

A few months ago, I turned my attention to Indian writers, and all it took was a quick Google search to uncover that the earliest known English novel by an Indian was composed by none other than the famous Bengali writer Bankimchandra Chattopadhyay. Chattopadhyay wrote many books in his native Bangla, but his first attempt at creative writing was in English with the 1864 serialized novel Rajmohan’s Wife.

The titular character, Matangini, is a poor and beautiful young woman who gets married off to an abusive scoundrel, Rajmohan. Together, they ascend to an unhappy middle-class life in the village of Radhaganj in East Bengal.

Unfortunately for Matangini, there’s even more to her domestic strife than meets the eye. While it’s open knowledge that Rajmohan beats and controls her, Matangini harbors a shameful secret all her own: She is passionately in love with her sister’s husband, Madhav.

One night, Matangini overhears a plot involving Rajmohan and a shadowy figure who threatens the wellbeing of Madhav and Matangini’s sister, Hemangini. To warn them, Matangini sets out on a risky journey where the Dark Night of the Soul and Vaishnava Love Poetry come together with Shakespearean soliloquy.

In terms of character, Rajmohan’s Wife is thinly sketched. Nevertheless, Chattopadhyay’s broad strokes have much to admire in the way they incorporate and juggle different novelistic traditions, all while straddling cultural lines.

The story adopts some Victorian novel motifs — notably, the question of a woman’s place in society, which is explored through Matangini as she appraises the thin band of tough choices available to her. Should she fetch water with a friend, even though her husband has ordered her never to leave the house? Should she risk her life to warn Madhav that Rajmohan means to rob him that very night?

And, when a surprise villain even worse than Rajmohan abducts her, should she comply with his carnal demands or preserve her honor by choosing death?

The stormy nights, hidden staircases, and rattling chains all conspire to give Rajmohan’s Wife a gothic tang, not unlike the British novels of that era (Jane Eyre, Wuthering Heights, Great Expectations) which dabble in hair-raising themes without giving themselves fully over to horror.

Chattopadhyay also tries his hand at realism, zooming in on the details of rooms, houses, and yards, something akin to what Flaubert does in Madame Bovary, except that, in Rajmohan’s Wife, it’s of greater interest given that most Western readers aren’t already familiar with the daily lives of 19th-century Bengalis.

The story’s conclusion, too, is very much in the sobering realist tradition. Chattopadhyay eschews the Victorian happy ending as he blithely tells readers what becomes of the characters: “Some are dead, and the others will die.”

Matangini’s fate takes a similar, though not identical, turn as the other realist heroines like Emma Bovary and Anna Karenina, only without the consolation of their sensual detours. Here, also, is where we see the author finding a comfortable middle ground between Western literary conventions and his own cultural prohibitions.

There’s much to unpack in Rajmohan’s Wife regarding the colonial legacy and the many fusions and confrontations between East and West — the complex relationship between India and England, which is expressed through the microcosm of East and West Bengal — a job best left to Meenakshi Mukherjee, who writes a compelling postcolonial introduction and essay for the Penguin Classics version of the book.

It seems clear enough that Chattopadhyay wrote Rajmohan Wife’s for a Western audience, seeking to both immerse and educate us in the beauty and struggle and drama of Bengali culture. Here, the book is at its most fascinating.

Most critics agree the novel was a “false start” for Chattopadhyay, a work that can’t, in good faith, sit alongside the best works from Charlotte and Emily Brontë, Dickens, or Melville. While this is true in absolute terms, it reminds me of something Nietzsche once wrote about how great people sometimes fail due to the enormity of the tasks they set before themselves.

Which is only to say I would have liked to see Dickens even attempt to write The Pickwick Papers in Bangla.

Dorothy Reno is a senior editor and classic-books columnist for the Washington Independent Review of Books. If you would like to share your take on Rajmohan’s Wife, we’d love to hear from you in the comments section below. You can join Dorothy in reading Don Quixote, which will be the subject of her next column.