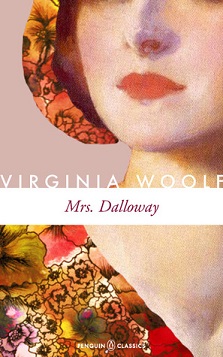 Summaries for Mrs. Dalloway can be misleading. A quick glance at the book jacket informs readers they’re in for a one-day journey through the psyche of a certain Clarissa Dalloway. But Mrs. Dalloway isn’t solely about Clarissa’s personal triumphs and mental hesitations as she prepares for a party on that mid-June day in 1922; it’s also a highly conceptual literary journey that lopes through the minds of more than 30 distinct characters.

That popular conceptions of Mrs. Dalloway focus on Clarissa, when she is only one of three central figures (The others being Peter Walsh and Septimus Warren Smith), goes to show the power in a name. Why Virginia Woolf jettisoned her original on-point title, The Hours — which was picked up much later by Michael Cunningham for his vivid 1998 Pulitzer Prize-winning-tribute to Woolf — remains a mystery.

Or maybe not. Mrs. Dalloway teems with complexity and symbolism. Focusing on Clarissa’s character for the first few reads is a sound strategy for eventually getting one’s arms around such a staggering work of genius.

The novel opens with Clarissa leaving her Westminster home to purchase flowers. Now 52, she leaps to a memory of when she was 18. Clarissa thinks of Peter Walsh (her ex-fiancé and longtime friend), who is introduced to readers even before Clarissa’s husband, Richard Dalloway.

Shortly thereafter, there’s an escapade into the mind of the first background character, Scrope Purvis (anagrams, anyone?), who takes in Clarissa’s appearance and notes that her recent illness (heart trouble, hint hint) has aged her.

The third character readers meet is Septimus Warren Smith, an equally important personage to Clarissa, and her counterpoint in the novel by Woolf’s own admission. Septimus, the 30-year-old veteran, experiences visions and a mental break wrought by war-related trauma.

As Clarissa stands at the flower shop window watching the royal motorcade, Septimus is nearby, waiting to cross the street with his wife, Lucrezia. The couple is out for a stroll in Regent’s Park in advance of meeting with notable psychiatrist Sir William Bradshaw to discuss Septimus’ recent suicidal thoughts.

Peter Walsh makes his appearance via Clarissa’s thoughts early on, and readers get to dip into his perspective after 13 or so check-ins with other minor characters. (For a gorgeous essay on minor characters in Mrs. Dalloway, click here.)

Peter, the failure, the hothead, has just arrived back in England after five years in India, and his first order of business is an impromptu visit to Clarissa. She’s mending her party dress when he comes in. ‘“And how are you?’ said Peter Walsh, positively trembling; taking both her hands; kissing both her hands.”

Intense feelings move between them. The two seem to read each other’s minds, and symbols are used to significant effect: Peter flicking his pocket-knife as a metaphor of pent-up sexual energy; the threads with which Clarissa mends her dress, tethering her to the past.

“‘Tell me,’ he said, seizing her by the shoulders. ‘Are you happy Clarissa? Does Richard —’”

At that moment, Clarissa’s teenaged daughter enters the room, interrupting one of only a few unguarded exchanges in the book.

Another moment of tragic honesty is when Septimus leaps from a window to his death, rather than submit to institutionalization. “I’ll give it you!” he yells before embracing the fall.

Septimus is Mrs. Dalloway’s romantic visionary and, as such, he must die in the Christly tradition to unlock life for the rest of them. Especially for Clarissa, who will once again escape having to harvest those prickly twin fruits of introspection: self-reproach and regret. She senses such elements could be upon her, but it’s the straightforward surface of life to which she tends.

Readers will no doubt intuit the stir of relational symbols (Doris Kilman’s éclairs; Lady Millicent Bruton’s spider webs; and Lucrezia Warren Smith’s hats, just to name a few) as the story unfolds. The clock in Elizabeth Tower, Big Ben, structures the day and the novel itself by sounding the hours (and half-hours), thereby underlining significant points in the narrative. (Surely, it’s no coincidence the clock strikes 12 noon on page 94 of a 194-page book.)

As characters traverse the streets of London, there’s an inkling their movements could be mapped for yet another level of messaging. Less subtly, this occurs with names: Septimus, referring to mystical associations with the number seven (seven days of creation, powers of the seventh son from folklore). Here, Woolf wants readers to take a closer look at this disturbed young man. Septimus has fallen out of reality, but his visions of life and meaning are no less striking.

The family name Warren needs no explanation in the context of his having been a soldier, and the common name “Smith” contrasts with those of other characters (Dalloway, Bradshaw), whose more unique surnames might signal high society.

Early in the story, enigmatic smoke letters scroll across the sky, the ones so disparately interpreted by each bystander, creating the potential for a big reveal. That is, until disappointing news surfaces that the words spell T-O-F-F-E-E, thus bringing to bear the plastic clap of advertising — a mark of modernity.

Here, the reader’s expectation for deeper meaning is subverted. This red herring runs parallel with the other red herring of the book, the sense that Clarissa, with her heart troubles and recent illness, might have been the one to die instead of Septimus.

In the end, readers are lent an arresting portrait of human consciousness, a messy and inconsistent tangle that modernity, with its tidy intersections and conforming strictures, could not tame. (Think of Big Ben dividing the day into net parcels, and of the terrible psychiatrist who believes only in “proportion.”)

In this midst, there are three transformations:

Peter Walsh, the pariah who rejects convention without quite meaning to, faces the truth that has dictated the terms of his life. After repressing his feelings for Clarissa throughout the story (feelings which are painfully obvious to everyone else), Peter admits, “One cannot be in love twice.”

Septimus has understood the price of not conforming, and pays it willingly. For his sacrifice, Clarissa can confess she has valued privacy higher than love (after all, her true love isn’t Peter or Richard, but her old friend, Sally Seton).

In the final pages of the story, Clarissa sheds the shame of worshipping life’s simplicities — which, at heart, is her own inverted way of loosening society’s institutional grip — and of losing herself to the pleasure of bringing people together, the same people who pass each other every day on busy London streets.

Dorothy Reno is a senior review editor and classics columnist for the Washington Independent Review of Books. Her short fiction has been published in literary journals in Canada and the United States. She lives in Tbilisi, (former republic of) Georgia. If you would like to share your thoughts on Mrs. Dalloway, please respond in the comments section of this article. Dorothy hopes you’ll join her in reading Madame Bovary, which will be the subject of her next column.

A Canadian Classic Gets Its Due

How Sunshine Sketches of a Little Town shaped Canuck culture.