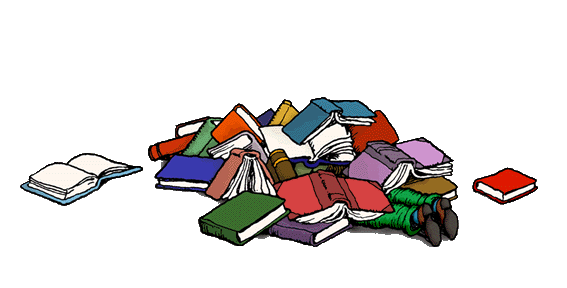 Alas, summer is drawing to an end. In my house, the dog days of August are marked by a frantic rush to finish summer reading assignments. This year, the English assignment for my rising 11th grader is to pick two books from a list of four. Not one of which is a novel.

Not to be too hysterical about it, but this surely signals the end of civilization as we know it.

As my two children have made their arduous way through the local public-school system, they have been required to read less and less fiction. As the curriculum explains, reading is divided into “Literary Experience” (stories, plays, and poems) and “Reading to Be Informed” (nonfiction, articles, and directions [italics mine]).

It seems Being Informed is winning out over Experience. So, less Jane Eyre and more IKEA furniture-assembly manuals. (That’s a joke! No one assigns Jane Eyre anymore.)

Perhaps public schools are weary of battling outraged parents over the racy reading assignments to which their vulnerable, delicate darlings are forcefully exposed. Better to let them play Grand Theft Auto and watch the latest slasher or bro-comedy box-office smash than taint them with, say, a reckoning of America’s hateful legacy of slavery found in such subversive works as Beloved, The Adventures of Huckleberry Finn, Native Son, The Autobiography of Malcom X, I Know Why the Caged Bird Sings, and Roll of Thunder, Hear My Cry, all of which have faced challenges in classrooms and libraries.

Even the much beloved To Kill a Mockingbird, with its saintly white savior (so rudely revealed to have feet of clay in the just-published sequel), is regularly challenged in schools.

(Fun fact: The most challenged book in both 2012 and 2013? Captain Underpants! Apparently, there is a large cohort of parents out there who want to guard their children from the horrors and indignities of potty-training and all the other bodily functions implicated in that thorny, controversial issue.)

Shakespeare is always a safe bet for the beleaguered English teacher. While my children have had to read less fiction for school, Shakespeare has stayed firmly embedded in the curriculum, with at least one play, sometimes more, assigned a year. Which is great! All English-language readers should be exposed to the Bard.

But to offer him up as the only choice in literature? That’s not going to lure kids-these-days away from their Xboxes, Snapchats, Vine videos, and YouTube clips. Given the choice between reading a Shakespearean play or a cereal box, many — adults and children both — would choose the latter every time.

But no one ever challenges Shakespeare because, while his plays are timeless, his language very definitely has passed its expiration date. If all those concerned parents and book-banners could wrest meaning from the Elizabethan slang that he so deftly reveled in, his plays — bursting out of their bodices with bawdiness and drenched in bloody violence — wouldn’t get so much play in the classroom. And you thought Captain Underpants was scatological!

Some perennials of the classroom canon make me want to issue a challenge or two myself, not because of the sex or the violence, but because they are tired, irrelevant, and way too overexposed.

For example, both my kids were subjected to The Catcher in the Rye. Do teachers really think teenagers relate to this saga of a spoiled prep-school kid who doesn’t understand why people keep on taking advantage of his puerile efforts to behave like a grownup? Its most famous fanboy is the man who murdered John Lennon. Do our English instructors imagine that what America needs is more Mark David Chapmans to beat those pesky Chinese and make us number one again? (Sorry, I’ve been paying way too much attention to the 2016 presidential race.)

Besides the tale of Holden Caulfield, there is a depressing surfeit of it’s-hard-out-there-for-a-white-guy works on school reading lists. If you’re the product of an American education, chances are you read some, if not all, of the following: Of Mice and Men, Death of a Salesman, The Great Gatsby, A Separate Peace, Lord of the Flies.

Time to check on my son’s tortured progress on his summer assignment. Poor guy, he’s only a few chapters from finishing that scintillating literary masterpiece, Zen and the Art of Motorcycle Maintenance. As a reward, I’ve promised him he can peruse the cereal box when he’s done.

The Greatest Story Ever Sold

Actually, you can’t always open a mind by opening a book…

Does this pseudonym make me look pale (enough)?