Bookish Karma’s Gonna Get You

Are we destined to encounter the same authors over and over again? 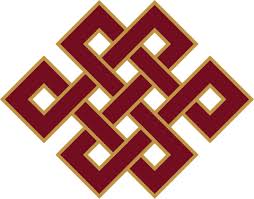 We talk about karma with regard to people anytime it seems that fate destined us to meet them — either because we have so much in common, or they are soul mates, or simply because our paths keep crossing.

Authors can be much the same. Not necessarily those bestselling authors who everyone reads and knows, but the more obscure writers in the fast-disappearing midlist category.

During a recent periodic culling of my bookshelves, I came across an historical novel I’d bought years ago but never read. It was called The Bitter Cross and told a story about the Knights of Malta in the Battle of Lepanto, swashbuckling images that appealed to me. I had faithfully schlepped it around through numerous moves, so I looked at it closely to see if I should keep it awhile longer.

To my surprise, I saw that the author was Simon Mawer. The Bitter Cross was only his second novel, and since I never got around to reading it, his name had not stuck with me. It was only three years ago — when somebody gave me The Glass Room, a story set between the wars about a modernist house in Czechoslovakia and which I loved — that the author’s name registered at all.

I realized then that I had another book of Mawer’s, Gospel of Judas, on my shelf. I promptly read it and liked it very much, as well. I bought Mendel’s Dwarf and read it. I went to see Mawer at Politics and Prose when his latest book, Trapeze, was published. I was hooked on Mawer.

But still, I had no idea that The Bitter Cross, which had been sitting on my shelf for 20-some years, was also by him. I’m keeping it; I’m reading it; I’m loving it.

There are other writers, some of whom have become quite famous, who I discovered early in their careers and developed a passion for. A friend who worked for a publisher in New York put Don DeLillo’s The Names in my hands when it first came out, in 1982, and I became a fan. I “discovered” John Banville with Doctor Copernicus; Barbara Kingsolver with Animal Dreams; Russell Banks with Continental Drift; Robert Goddard with Into the Blue; William Boyd with The New Confessions; Gore Vidal with Julian; Julian Barnes with Flaubert’s Parrot; Jess Walter with Citizen Vince; and the list goes on.

They became some of my favorite writers. I liked many of these early works so well that I was not as happy with all the later ones. But the tug of that karma was still there, and I dutifully read their new works.

Everyone has their favorite authors. A friend of mine has read all 20 sea novels in Patrick O’Brian’s Jack Aubrey series. (I admire O’Brian, but still have 19 to go.) Some of these writers we only discover when they have their breakthrough bestseller and their names are everywhere.

Others, though, just happened to be sitting on the New Fiction table at the (also rapidly disappearing) local bookstore and, for some intangible reason, had an appeal. For some equally elusive reason — the language, subject, approach to life — we latch onto this particular writer and become fans.

It may just be karma.