Join the former Fed chairman on Thurs., Oct. 8, at 7PM, as he discusses his new book. 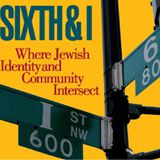 *This program does not include a book signing. All books will be pre-signed by Bernanke.

In 2006, Bernanke was appointed chair of the Federal Reserve, the unexpected apex of a personal journey from small-town South Carolina to prestigious academic appointments and finally public service in Washington’s halls of power. There would be no time to celebrate. The bursting of a housing bubble in 2007 exposed the hidden vulnerabilities of the global financial system, bringing it to the brink of meltdown. From the implosion of the investment bank Bear Stearns to the unprecedented bailout of insurance giant AIG, efforts to arrest the financial contagion consumed Bernanke and his team at the Fed.

Working with two U.S. presidents, and under fire from a fractious Congress and a public incensed by behavior on Wall Street, the Fed — alongside colleagues in the Treasury Department — successfully stabilized a teetering financial system. They went on to craft the unorthodox programs that would help revive the U.S. economy and become the model for other countries.

The Courage to Act recounts and explains the worst financial crisis and economic slump in America since the Great Depression, providing an insider’s account of the policy response.

Bernanke served as chairman of the Federal Reserve from 2006 to 2014. He is a Distinguished Fellow in Residence in Economic Studies and advisor to the Hutchins Center on Fiscal and Monetary Policy at the Brookings Institution. In conversation with Judy Woodruff, co-anchor and managing editor of the PBS NewsHour.

The author discusses The Secret Chord this Thursday, Oct. 15, at 7PM, at Sidwell Friends.