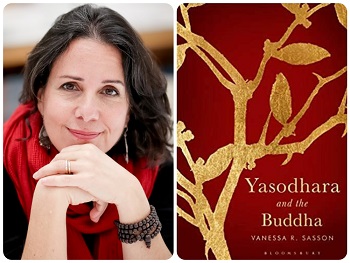 A professor of religious studies at Marianopolis College in Quebec, Vanessa R. Sasson is also the author of multiple academic works. Yasodhara and the Buddha, however, marks her debut as a novelist. Shambhala Times calls the story “a page-turner, an enchanting fairytale, [that] at the same time [is] grounded in the realities of the human condition.”

Sasson discussed Yasodhara and the Buddha with WYPL’s David Mason in early May.

Authors on Audio: A Conversation with the Honorable Debra H. Goldstein