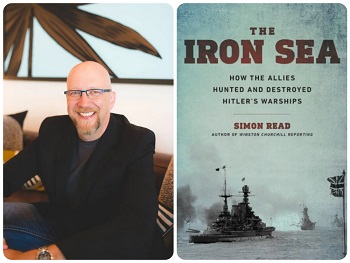 Simon Read is a former journalist and the author of multiple works of nonfiction, including Winston Churchill Reporting: Adventures of a Young War Correspondent and Human Game: The True Story of the “Great Escape” Murders and the Hunt for the Gestapo Gunmen. His newest book is The Iron Sea: How the Allies Hunted and Destroyed Hitler’s Warships, which Douglas Brinkley called “a riveting, fast-paced drama about the havoc Hitler’s surface fleet caused the Allies in World War II.” Read discussed The Iron Sea with Dean Karayanis last fall.

This podcast comes courtesy of the History Author Show. Listen to it here.