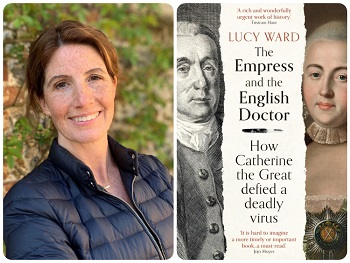 A native of England, writer/journalist Lucy Ward has long been interested in Russia, where she lived from 2010-2012. It’s not surprising, then, that her debut book, The Empress and the English Doctor: How Catherine the Great Defied a Deadly Virus, spans both countries. BBC History Magazine calls the work “informative, enthusiastically written and based on thorough research.”

Ward discussed The Empress and the English Doctor during a two-part interview with WYPL’s Stephen Usery in June.

Stephen Usery speaks with the author of Salvage The Bones, winner of the National Book Award.