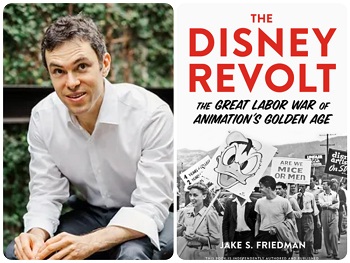 Longtime animation artist Jake S. Friedman is also a writer and teacher whose new book is The Disney Revolt: The Great Labor War of Animation’s Golden Age. Library Journal calls it “a fascinating look at how the Disney magic happened, and how close it came to tumbling down.” Friedman discussed The Disney Revolt with WYPL’s Stephen Usery during a two-part interview in August.

Authors on Audio: A Conversation with David McCullough

Authors on Audio: A Conversation with the Honorable Debra H. Goldstein