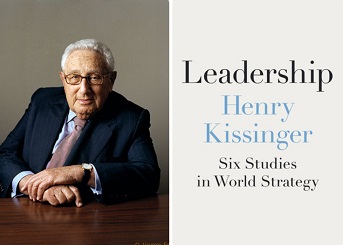 Known around the world as a legendary statesman and diplomat, former secretary of state and national security advisor Henry Kissinger is also the author of multiple bestselling books, including Ending the Vietnam War: A History of America's Involvement in and Extrication from the Vietnam War and A World Restored: Metternich, Castlereagh and the Problems of Peace, 1812-22. His new work is Leadership: Six Studies in World Strategy, which Publishers Weekly calls “a vital study of power in action.”