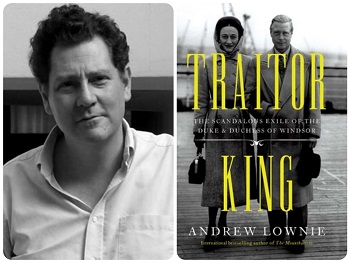 Along with founding an eponymous literary agency in Great Britain, Andrew Lownie is the author of multiple books, including The Mountbattens: The Lives and Loves of Dickie and Edwina Mountbatten and The Edinburgh Literary Companion. His new work is Traitor King: The Scandalous Exile of the Duke & Duchess of Windsor, which the Daily Mail calls “darkly compelling” and “an unrelentingly damning portrait of the Windsors.”

Authors on Audio: A Conversation with Karen Abbott