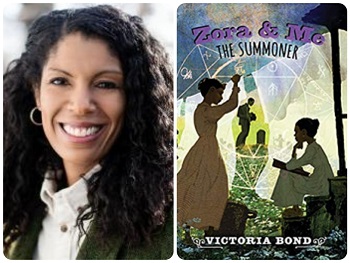 Writer/professor Victoria Bond co-wrote the award-winning middle-grade novel Zora & Me, which imagines a young Zora Neale Hurston and her friend solving a murder. Her co-author, T.R. Simon, wrote the second installment, Zora & Me: The Cursed Ground, solo, and now Bond completes the trilogy with her own solo effort, Zora & Me: The Summoner. Says Lucy Hurston, Zora’s niece, of the final book, “I sing the praises of what Victoria Bond has imagined and crafted here, both in deference to my aunt and as a way of honoring Zora’s legacy.” Bond discussed the work with WYPL’s Stephen Usery in early January.