Authors on Audio: A Conversation with Jeremy Scott 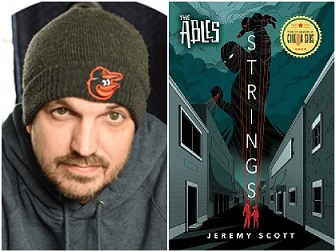 Probably best known as the co-founder of — and voice behind — the popular YouTube channel “CinemaSins,” Jeremy Scott is also the author of a superhero-themed YA series featuring a band of physically challenged, crime-fighting kids. The first book in the series, The Ables, was called “smart, thought-provoking, and unique” by School Library Journal. Today, he discusses the second installment, Strings, with FM89.3 WYPL’s Stephen Usery.

Authors on Audio: A Conversation with Alexander Weinstein