Does it matter how straight authors render queerness? 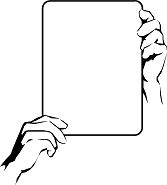 I’ve been paying a lot of attention lately to characters in novels who don’t share their author’s (visible) identity. I’m thinking specifically about when cisgender straight women write about queer communities. I recently came across this quote from Hanya Yanagihara in an interview she did with Filthy Dreams, and it provoked many questions:

“I can’t stand it when I’m reading a book and in comes a character who’s gay and I know that that character is therefore going to be sassy and snappy and deliver bitchy-but-wise pieces of romantic advice (this still pops up in fiction more than you might think; sometimes as broadly as I’ve described it, other times more subtly). You have to ask yourself: why am I making this person someone other than who I am, and who else are they to me besides their otherness? If that’s the only thing you can see of them, and the only thing you have determined about them, then chances are they’re not a character: they’re a symbol of your own discomfort. And symbols are boring to read.”

I wonder if the average reader notices when a queer character isn’t a fully formed individual but rather a limited representation of what a straight author understands about queerness. If a reader can spot such a transparent character — one who seems mostly a product of a cishet author’s discomfort or ignorance — how does the author avoid creating that figure in the first place?

I also find myself paying close attention to what circumstances queer characters are given. How do their themes/plotlines inform the rest of the story, and what impression do they leave on a reader? Is queerness simply a vehicle to move the plot forward, or does the author seem truly to want an authentic gay/queer character in the story?

I offer these two options because I find it’s usually an either/or proposition; rarely do both alternatives successfully coexist. The way I view my queerness is that it exists naturally and in tandem with everything around me. I am a lesbian, but that doesn’t mean I struggle with masculinity — as is often assumed in the cishet stereotype.

What I’m getting at is this: Why would anyone want to center a community they’re not part of in their work? I’m not saying they shouldn’t; I’m just not sure why they’d bother. But does it even matter as long as we as readers trust ourselves to discern when a particular character is more a caricature than a fleshed-out individual?

I don’t have the answers, but I know it’s important that we in the literary community keep asking the questions.

Midway through the year, how are my “most anticipated” books coming?

Does it matter how straight authors render queerness?