"Let's live suddenly without thinking ... let's live like the light..." 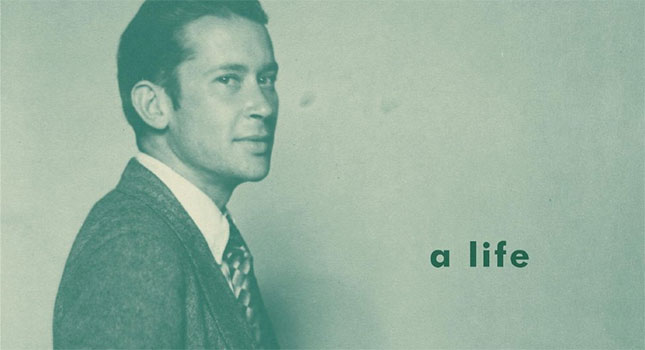 What is the shelf life of E.E. Cummings? Apparently, there’s no expiration date, as each generation falls in love with the nimble magician again and again. Susan Cheever sets up her goal to uncover the popularity of a complicated genius in a tightly constructed biography that contributes significantly to the genre.

The questions we always ask when talking about Edward Estlin Cummings are, why has he endured, and how do we account for his unprecedented popularity in his own lifetime, and years later; a celebrity to even those who do not read poetry? Although we can cite the revolution he led with language, there’s something more.

Cummings never wrote a word that was not deeply felt — every word represented to him a primary individual experience; a personal view no one could buy or sell. He was disdainful of those who he said sold their heads, whether in poetry, politics, or commerce.

As part of a movement that can only be called an upheaval, Cummings transformed poetics beyond its previous stages of symbolism, imagism and even free verse. He did this with a style of writing; uncapitalized words, parentheses, and ampersands; using spacing for special effects that would direct and propel meaning; running words together; and transforming adjectives into adverbs. With new combinations, he made semantics into meaning, and he brought the art of seeing into the language. 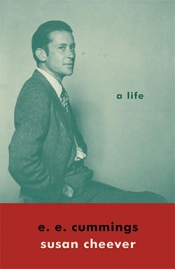 What I like about Susan Cheever’s book is that no scene is artificially induced — she doesn’t imagine what might have been, nor does she conjecture; she burrows in with credibility, exposing Cummings’ actual life, actual unfiltered activities, and from this reveals his motivations and, finally, his world view. Happily, Cheever allows his poetry to occupy the landscape so that we have the musicality of Cummings’ work, as well as his life.

Cummings was as much a painter as he was a writer. In fact, he divided his time equally between art and literature. This is the way we understand his typography as an extension of his unique and highly developed visual expression. Cheever shows us that everything Cummings produced was asserting individual liberty against authority. His innovations were a report on an age where the modernist movement was an act of energy.

Cheever follows Cummings from being an obedient child (“Mama’s boy”) through his years at Harvard, and there, his additional study in the Classics. His friends included H.D. (Hilda Doolittle), Ezra Pound, William Carlos Williams, Marianne Moore, Ford Maddox Ford, and other bohemian writers now in the literary Hall of Fame who made LITERATURE in the early part of the 20th century.

Cummings had a stint in the Army and was imprisoned for his unorthodox libertarian views and reckless behavior — basically, his inability to comply. He brushed up against Communism and spent some time in Russia and was disillusioned, finally, by a pure idea turned rotten in clumsy hands and minds.

He married twice, had a child he would not know until her adulthood, and finally found Marion, who would share his mature years. She was a young, beautiful actress, 12 years younger than the poet, who would never become his wife, but who would be a constant companion to aging, illnesses, and death.

This is the blueprint for Cummings’ life, and what I like about Cheever’s expression is how she establishes a golden age of poetry with Cummings at its center, taking him from his world in Greenwich Village to Paris to Joy Farm, N.H., his final home. The theme throughout is that poetry could not be monetized, and Cummings lived an uncertain life — often depending on his mother and others — constantly in a moral state of outrage at every authority or icon of the establishment/world body. He made his work his firebrand. The dialogue Cummings set up with an oppressive “system” showed up in his poems. Intermittently, there’s a boyish happiness that’s best remembered and more popularized. His visual art was a similar melody with different notes.

Because of his resentments, Cummings achieved peaceful states of mind during only small segments of his life. The glory of his outrage was that he never stopped producing original and well-crafted work in the face of anger. Cheever has found the right tempo for Cummings — having known firsthand some of these characters as a young girl — and she comes across as a believer in her subject and his right to stand in the sun.

This book tells a great American story, introducing us to the writing celebrities of the time. Cheever becomes our guide through Cummings’ styles of life and art. It’s all about “timing” in writing another person’s life — how long to stay in one scene — and she seems to find the right tempo, moving us through the psychological territories.

Of course, all biography begins with an investment in the subject. Attitude is everything in establishing tone. Cheever shows remarkable objectivity, which is critical in honest reportage, and her personal skills are beautifully developed and make for delightful reading.

In all his inventiveness, Cummings’ work was actually rhymed, metered, and lyrical, although he’s only identified for his splitting words, lowercase punctuation, and paradoxical language. He used every tool of the eye and hand to bring meaning to the poem, and always it is genuine — from a place just his. With care and responsibility, Cheever gives us a comprehensive view of a man with interesting problems whom we only thought we knew.

Grace Cavalieri is a poet and playwright. She produces and hosts “The Poet and the Poem from the Library of Congress” for public radio. She holds the 2013 Allen Ginsberg Award, the AWP’s George Garrett Award, and the CPB Silver Medal.

A monthly column looking at books of poems and poetry, written by Grace Cavalieri