Supporting indie bookstores and authors during the coronavirus crisis. 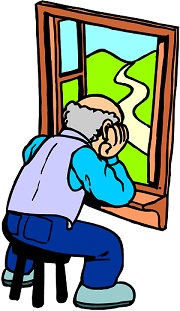 Nothing is immune from covid-19. Every aspect of our lives has been turned upside down. Bookselling is no exception. Indie bookstores have canceled events, laid off staff, and shuttered their doors. The owners are willing to be draped in protective garb and stand on the curb to hand books to customers in cars.

They’ll do anything to keep their stores functioning until this nightmare passes.

This is not indies’ first battle against overwhelming odds. In the 1980s, they went up against Waldenbooks and B. Dalton, neither of which is around anymore. Then they confronted behemoths Borders and Barnes & Noble; only the latter remains, hanging on by a shoestring, its new business model (pre-coronavirus) to “be more like an indie bookseller.”

With the appearance of Amazon, indies’ doomsday seemed inevitable. Yet despite the negative forecasts, independent bookstores are not only still alive, they’re thriving. But now they face covid-19, the biggest test of all. If history teaches us anything, it’s that these bookstores will no doubt be battered, but they will survive.

And as for the authors whose books they sell? Most of them will weather this storm, too. But we shouldn’t lose sight of the unlucky ones whose books have been released amid the covid-19 outbreak. Suddenly, their publishers are working remotely, if at all. Hundreds, if not thousands, of books lay dormant and un-promoted in warehouses.

Because of social distancing, these authors cannot hold in-person book talks or interact physically with readers. Interviews scheduled half a year in advance have been either postponed or canceled in favor of breaking-news coverage. Sure, some authors have held (or are planning to hold) virtual book tours, but anyone who has been to an in-person appearance will tell you it’s not the same.

My heart goes out to these authors — one in particular.

In 2013, I joined a writers group made up of biographers and memoirists in the San Francisco Bay Area. There were about 10 of us. The ages varied, but not the gender; all were female, with one exception (me). There were those, like me, relatively new to publishing, and then there were veterans such as Patricia Albers and Linda Gray Sexton (daughter of famed poet Anne Sexton).

Everyone was polite and encouraging. During each session, we would select a writer’s work to be critiqued. Among the group was Celia Stahr, an art historian, blogger, and professor at the University of San Francisco. Although she’d previously published essays and articles, she was working on her first book, about Frida Kahlo.

While there were several books on Kahlo already, Celia’s focused on the great Mexican painter’s time in America, a transformative period for Kahlo and her art. Like most of us, Celia had to balance family and job while working on her book — combing through archives, organizing the material, writing and rewriting countless drafts, and enduring the arduous process of getting published, which would take almost seven more years.

On March 3, 2020, Celia’s debut, Frida in America: The Creative Awakening of a Great Artist, was finally released. Less than two weeks later, five Bay Area counties announced they were sheltering in place. Soon after, the rest of California and other states followed. Everything shut down.

Fortunately for Celia, reviews of her book had been already published and were positive. But her book tour was another story. Nearly all the stops were canceled. Having spent thousands of hours researching and writing, hoping one day to share Frida in America with the world, Celia saw her opportunity, at least for now, snatched away.

Given the illness, death, and economic dislocation caused by this horrific pandemic, of course Celia’s story — as well as those of other authors facing the same thing — doesn’t begin to compare with the heartache millions are experiencing. Still, it’s yet another unexpected consequence of this virus upending our lives.

In the midst of this unprecedented crisis, we have to maintain and strengthen one of the cornerstones of our society: literacy. So keep reading. Keep buying books from your local indie. And keep looking for ways to shore up those authors whose books, unfortunately, were launched during a catastrophe.

A peek inside one of the most exciting writing contests around.